Our 2025 Baseball Futures are up 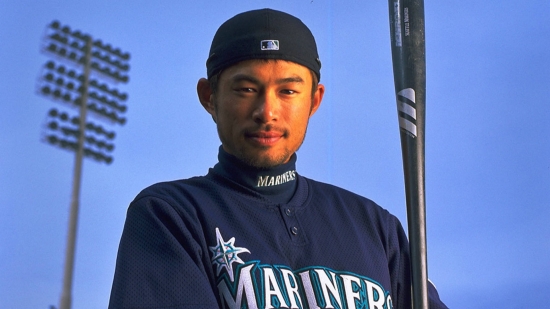 We have updated our Baseball futures, opening the 2025 section of all the new players who will be eligible for Cooperstown that year.

Those former players are:

Adam Jones:  Jones played for Baltimore for the majority of his career, and he was a five-time All-Star, four-time Gold Glove winner and one-time Silver Slugger.  He had 1,939 Hits and 282 Home Runs.

Ben Zobrist:  Zobrist won two World Series Rings, one with Kansas City in 2015, and the year after in Boston, where he was the World Series MVP.  He was also a three-time All-Star.

Brian McCann:  McCann was an Atlanta Brave for the majority of his career, though he won a World Series with the Astros in 2017.  The Catcher was a six-time Silver Slugger and seven-time All-Star.

CC Sabathia:  Sabathia won the 2007 American League Cy Young with Cleveland, and was also a six-time All-Star.  Twice leading the AL in Wins, Sabathia won the World Series with the Yankees in 2009.  His career ended with a 251-161 Record in 3,093 Strikeouts.

Clay Buchholz:  Buchholz was a two-time All-Star and two-time World Series winner with the Red Sox.  He won 90 Games against 69 Losses with 1,024 Strikeouts.

Curtis Granderson:  Granderson had a long career accumulating 1,800 Hits and 334 Home Runs, with three All-Star Game appearances and a Silver Slugger.  He also won the Lou Gehrig Memorial Award in 2015, and the Roberto Clemente Award in 2016.

Dustin Pedroia:  Pedroia played his entire career with Boston, winning two World Series titles, an MVP (2008), and a Silver Slugger.  He is also considered one of the best defensive Second Baseman of his era, capturing four Gold Gloves and three Wilson Defensive Players.  He batted .299 with 1,805 career Hits.

Felix Hernandez:  Hernandez was a Seattle Mariner for all of his games, and he would win the Cy Young in 2010.  A six-time All-Star, Hernandez twice led the AL in ERA, and would finish his career with 2,524 Strikeouts and had a record of 169-136.

Fernando Rodney:  Rodney had 327 Saves and was a three-time All-Star.  He won the 2012 Delivery Man of the Year and as of this writing is in the top twenty in Saves, Games Finished and Games Pitched.

Hanley Ramirez:  Ramirez was the 2006 National League Rookie of the Year, and won the Batting Title three years later.  He was also a three-time All-Star and two-time Silver Slugger.

Ian Desmond:  Desmond is a two-time All-Star, three-time Silver Slugger, and the Shortstop had 1,432 Hits with 181 Home Runs.

Ian Kinsler:  Kinsler was a four-time All-Star who had his best seasons with Texas.  He won two Gold Gloves, one Wilson Defensive Player Award, and won a World Series late in his career with Boston (2018).

Ichiro Suzuki:  Suzuki is a member of the 3,000 Hits Club, and if you count what he did in Japan, he has more than any other batter.  The long-time Mariner won the 2001 MVP, 2001 Rookie of the Year, and won three Silver Sluggers, ten Gold Gloves, and was a ten-time All-Star.  Suzuki also won two Batting Titles, led the AL in Hits seven times, and stole 509 Bases.

Kendrys Morales:  Morales was a World Series Champion with the Royals in 2015, and was a one-time All-Star Game participant.

Mark Trumbo:  Trumbo went to two All-Star Games, was a one-time Silver Slugger and he won the American League Home Run Title in 2016.  He had 218 Home Runs over his career.

Russell Martin:  Martin played at Catcher and was a four-time All-Star, and won one Silver Slugger and Gold Glove.  He also was a two-time Wilson Defensive Player, and had 191 Home Runs.

Troy Tulowitzki:  Tulowitzki played most of his career with Colorado, and went to five All-Star Games while winning two Silver Sluggers and two Gold Gloves.  He had 225 Home Runs in his career.

As always, thank you for your support and look for more content from us at Notinhalloffame.com.

More in this category: « The Minnesota Wild will retire Mikko Koivu's #9. The Black College Football Hall of Fame announce the 2022 Finalists »