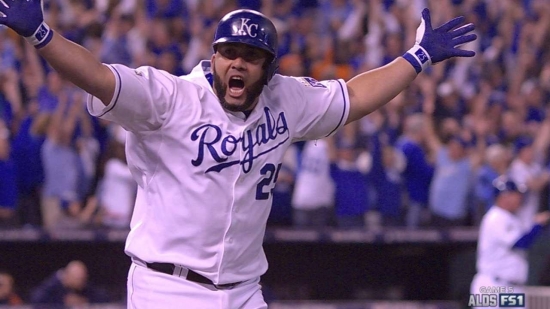 After multiple attempts to escape Cuba to play baseball in North America, Kendrys Morales was finally successful in late 2004.  The Los Angeles Angels signed Morales, and the switch hitter would debut for the team in 2006, though it was not until 2009 where he proved his worth as a bona fide Major League Player in a 34 Home Run and 108 RBI year.

2009 would be his best year, as he would struggle with injuries afterward, most notably, breaking his leg when he celebrated a home run by jumping up to stomp on home plate.  He missed the entirety of 2010 because of it, and it was the catalyst for the rest of his career.  Morales still managed to belt 213 Home Runs, and he would also play with Seattle, Minnesota, Kansas City, Toronto, Oakland, and New York (AL).  Notably, he had a very good year in 2015 with the Royals, helping them win the World Series while earning his only Silver Slugger and Edgar Martinez Award as the top Designated Hitter.

Should Kendrys Morales be in the Hall of Fame?