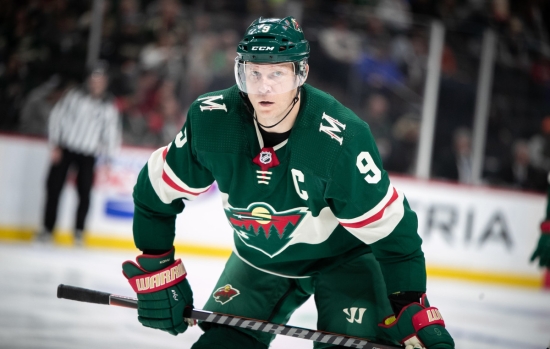 Regular visitors of Notinhalloffame.com know that we are slowly working on the top 50 of every major team in the NHL, NBA, NFL and MLB.  Once that is done, we intend to look at how each team honor their past players, coaches and executives.  As such, it is news to us that the Minnesota Wild have announced that they will be retiring the number 9 of Mikko Koivu, making him the first player in franchise history to have his jersey retired.  The #1 was already retired by the organization to honor the fans.  The event will take place during their home game on March 13 against the Nashville Predators.

Koivu was the Sixth Overall Pick in 2001, and would debut for the Wild in 2005.   The Finnish star played fifteen seasons in Minnesota, and is the all-time franchise leader in 711 Points), and had a three-year stretch (2008-09 to 2010-11) where he had at least 62 Points.  A solid playmaker, Koivu was equally adept at the defensive side of the rink.  Koivu enjoyed votes for the Frank J. Selke Award ten times, with four of them cracking the top ten in balloting.  Koivu might not have been an All-Star, but his contributions to the Wild are undeniable.

Koivu is eligible for the Hockey Hall of Fame in 2024.

We here at Notinhalloffame.com would like to congratulate Mikko Koivu for his impending honor.

More in this category: « RIP: Curley Culp Our 2025 Baseball Futures are up »