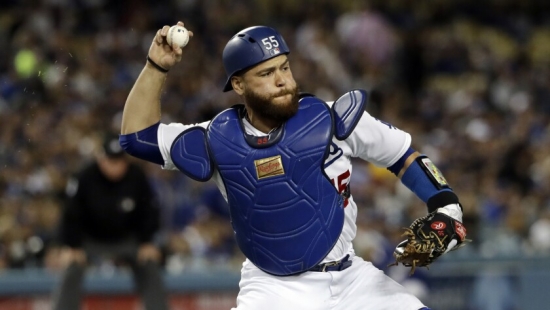 Russell Martin added to the growing list of star players to emerge from the Great White North from Canada.

The Catcher debuted for the Dodgers in 2006 and was an All-Star the next two years, collecting a Gold Glove and Silver Slugger in the process.  Martin joined the Yankees as a Free Agent in 2011, adding a third All-Star, but began to struggle with his Batting Average, though he reclaimed that in Pittsburgh, a team he joined in 2013.

Martin signed with his hometown Toronto Blue Jays in 2015, adding a fourth All-Star, and while his BA and OBP dropped again, he had back-to-back 20 Home Run years for the Jays.  Finishing his career with the Dodgers in 2019, Martin left the game with 191 Home Runs, 1,416 Hits and was a six-time leader in Runners Caught Stealing.

Should Russell Martin be in the Hall of Fame?