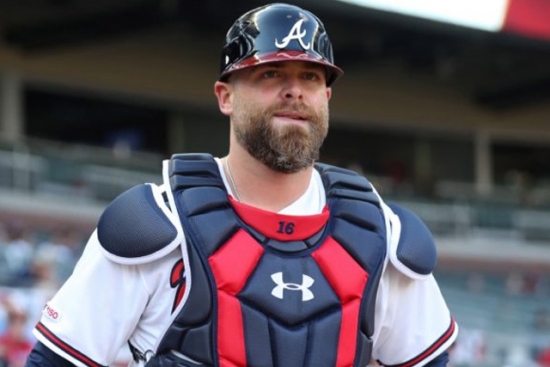 Brian McCann played the bulk and best part of his career with the Atlanta Braves, the team he was the primary Catcher for from 2006 to 2013.

McCann quickly became one of the top offensive Catchers in the National League.  While he was with Atlanta, McCann went to seven All-Star Games, earned five Silver Sluggers, and had seven 20 Home Run years, all of which were atypical for a Catcher in any era.   What was typical was the New York Yankees making a Free Agent offer to McCann, which he signed in 2014.

He had three more 20 HR years with New York and later joined Houston as a veteran presence, helping the Astros win the 2017 World Series.  McCann finished his career in Atlanta for one year, and he retired with 1,590 Hits, 282 Home Runs, and 1,018 RBIs.

While he was beloved by many Pitchers for his ability to call a game, McCann's candidacy is hampered by a below-average defense, which lowers his overall resume, but any seven-time All-Star should receive someone's vote.

Should Brian McCann be in the Hall of Fame?