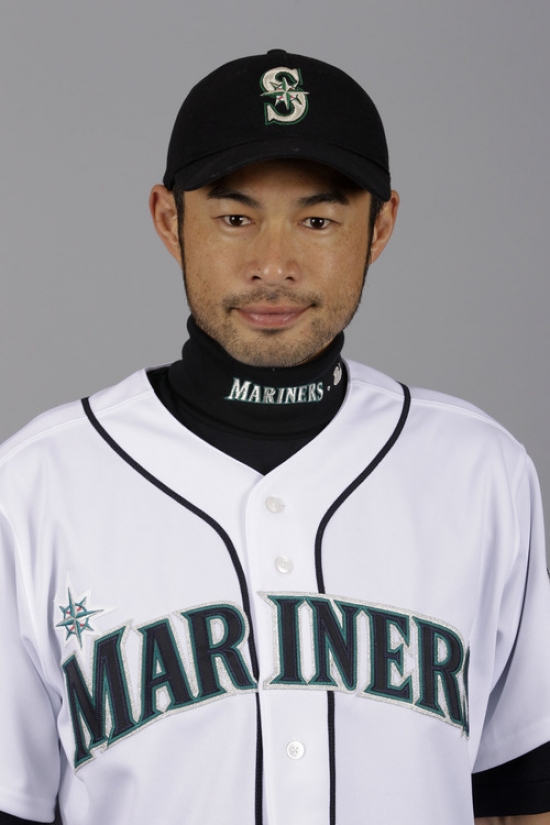 Ichiro Suzuki played his first nine seasons of pro baseball with Orix in Japan, where he was a three-time Pacific League MVP and seven-time Pacific League Batting Champion.  In 2001, Ichiro was eligible to play in Major League Baseball, and the Mariners outbid everyone for his rights, though some skeptics thought that he would be too slight to succeed as he had in Japan.  Those skeptics were quickly proven wrong.

Ichiro became the second player to win both the MVP and Rookie of the Year (following Fred Lynn), and he began a ten-year streak of All-Star Games.  Suzuki was the best contact hitter of the 2000s, leading the American League seven times in Hits and finishing second in the other three years.  Not surprisingly, it led to two Batting Titles (2002 & 2004), and he never finished lower than seventh in his first decade in Batting Average.

In addition to his batting acumen, Ichiro was an upper-tier defensive Outfielder.  Winning the Gold Glove in all of his first ten years, Ichiro was also excellent on the basepaths, leading the AL in that category in 2001 (56), and had nine other seasons where he was in the top five.

After 2010, Ichiro’s play would decline, but he was still a draw around the league.  Ichiro played for the Yankees from 2012 to 2014, and then the Miami Marlins for three years before returning home to Seattle to end his career.

Ichiro finished with 3,089 Hits and 509 Stolen Bases.  Counting everything he did in Japan, Ichiro is the all-time Hit King in Baseball.

There should be no doubt that Suzuki will make history as the first Japanese player to make the Baseball Hall of Fame in his first year of eligibility.  Any other outcome would be a disaster.

Should Ichiro Suzuki be in the Hall of Fame?