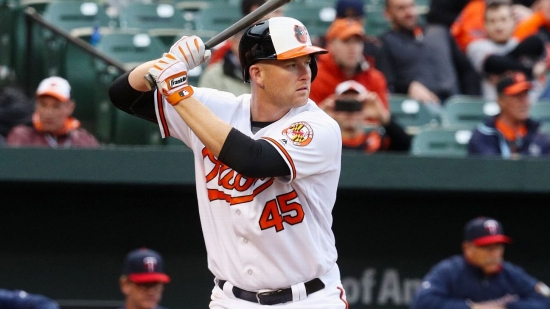 Mark Trumbo was the 2011 runner-up for the American League Rookie of the Year to Tampa’s Jeremy Hellickson, and in that year, the Angels’ First Baseman hit 29 Home Runs.

Trumbo would not be a balanced player, but he did have a solid power game over his career.  He went to the All-Star Game in 2012 and had 30-plus HR years in 2012 and 2013.  Traded to Arizona in 2014 and to Seattle the year after, Trumbo struggled with those teams, but he enjoyed a renaissance with the Baltimore Orioles, the team he was traded to before the 2016 Season.

His first year in Baltimore was by far Trumbo's best.  He smacked a league-leading and career-best 47 Home Runs, went to his second All-Star Games, and earned his only Silver Slugger.  Trumbo's skills eroded after that, but he still hammered 218 Home Runs over a ten-year career.

Should Mark Trumbo be in the Hall of Fame?