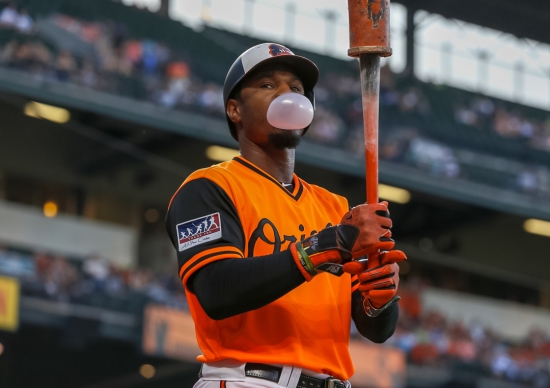 Adam Jones began his career in Seattle, but after two years, he was traded to the Orioles, where he had the best part of his career.

An Oriole from 2008 to 2018, Jones was an All-Star in 2009, and then four years straight beginning in 2012.  The Centerfielder had good power numbers, belting at least 20 Home Runs seven times, with his best year coming in 2013 with 33 taters and 108 RBIs.  Jones not only had power, but he was also excellent defensively, winning four Gold Gloves.

Should Adam Jones be in the Hall of Fame?

More in this category: Ben Zobrist »