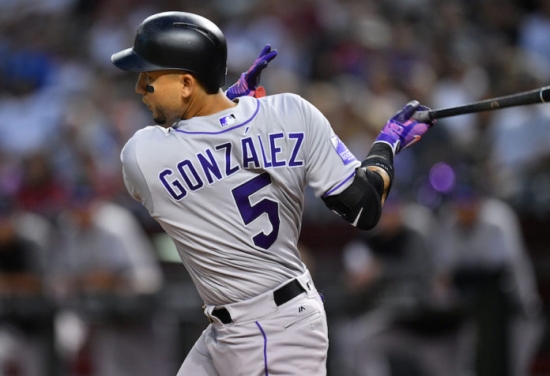 Carlos Gonzalez played ten of his twelve seasons with the Colorado Rockies (2009-18), where the Outfielder was a three-time All-Star.

Gonzalez had his best year in 2010, when he led the National League in Hits (197) and won the Batting Title (.336), and would have five other seasons where he eclipsed the 20 Home Run mark.  Gonzalez was also a three-time Gold Glove winner and won one Silver Slugger.

The Venezuelan also had brief stops in Oakland, Cleveland, and Chicago (NL) and retired with 1,432 Hits and 234 Home Runs.

Should Cralos Gonzalez be in the Hall of Fame?