In the mid-1980’s, the World Wrestling Federation exploded in popularity on the wave of Hulk Hogan and the Rock and Wrestling Connection.  For those not old enough to remember, it can’t be quantified just how much the partnership with MTV and Cyndi Lauper helped to usher in new fans that had previously dismissed the wrestling industry as lowbrow entertainment.

In 1984, Lauper was neck to neck with Madonna as the female face of the musical industry.  Her album, “She’s So Unusual” topped the charts, and she won multiple Grammy Awards, and was escorted to the ceremony by Hulk Hogan, who wore a sleeveless tuxedo to showcase his “24 inch pythons”.  Lauper not only appeared on WWF television, but she managed a young female wrestler from Texas, Wendi Richter.

Richter, who was previously seen in a cowgirl gimmick, now wore bright clothing with loud earrings and sunglasses, basically a look that has become synonymous with the 1980’s.  Lauper’s client would dethrone The Fabulous Moolah for the WWF Women’s Championship, a title she was billed as having for twenty-six years.

That match took place in Madison Square Garden and was broadcast on MTV.  Moolah was old and bloated and looked like she was more comfortable listening to George Jones.  Richter was young and vibrant and entered the ring to “Girls Just Want to Have Fun”, Lauper’s hit and a still fun song that resonates with young women.  Which wrestler do you think the youth of America preferred?

Months later, MTV showed “The War to Settle the Score”, where WWF World Heavyweight Champion defended the tile against Scotsman, “Rowdy” Roddy Piper, who had emerged as the top heel in the business.  Hogan, a former guitar player himself, cut promos with the rock stars of the day, who would also be present to share their distaste for Piper and his hatred of rock music.

“Hot Rod” entered the ring with a Scottish bagpipe band and carried a red guitar, which he promptly smashed and bellowed that this is what he thought of rock and roll.  Hogan, had Lauper in his corner and while the match ended in a double disqualification, the post match spectacle involving Piper, Hogan, Lauper and Mr. T set up the first Wrestlemania and the division between those who loved Rock and Roll and those who hated it.

Now this was far from the first time that Rock music or music of any kind was interspersed with professional wrestling but it had never been done with this exposure before.  In the coming years, every performer in the World Wrestling Federation had entrance music and this would become commonplace in all of the other wrestling promotions.  Boxers would soon come out to entrance music, and later, batters approach the box with a ten second sound clip.  Influenced by wrestling?  Absolutely, it was!

Nowadays WWE performers are identified by their music as much as they are by their finishing move.   Compilation albums of wrestler themes have charted on Billboard.  Individual releases crack I-Tunes lists.  It may not be the Rock and Wrestling era anymore but the in-house music team for the WWE has created a vast array of music that stands alone with many renowned production companies.

With all of this in mind, this led to me to create the top 200 songs associated with professional wrestlers while trying to keep the following in mind.

1. This will include songs by non-commissioned WWE personnel and will date back to the release of the first Wrestling Album, which came out in 1985.

2. It will try to factor in how well the song fits the performer.

3. How good is the song overall?

We know that this is a very subjective list (aren’t all of them on Notinhalloffame.com?) but we certainly welcome your input on this one!

This list is based on songs we have heard up until the Summer of 2020.

1. D-Generation X: Break It Down 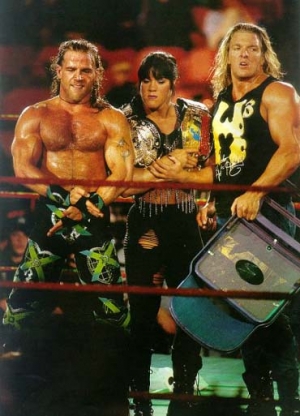 Greatest WWE Themes
Add new comment
There are a lot of places where wrestling historians have pointed to in regards to when the Attitude Era officially began.  Sonically speaking, there was only one date that comes to mind: November 10, 1997.
Read more 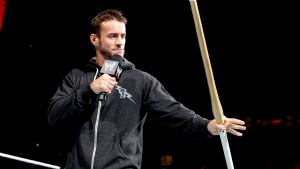 Greatest WWE Themes
Add new comment
When CM Punk returned in 2011 in what would be the “Summer of Punk” he came back to “Cult of Personality”, an early 90’s hard rock song by Living Color.
Read more 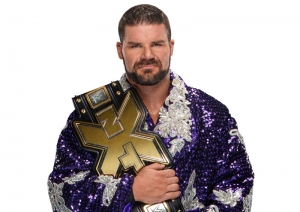 Greatest WWE Themes
Add new comment
CFO$ had to be inspired by Queen’s “Flash Gordon” when they wrote “Glorious” didn’t they? It sure feels like it!
Read more
Subscribe to this RSS feed