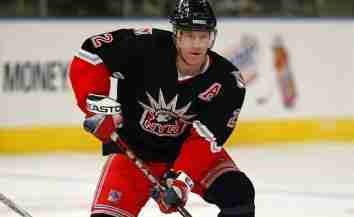 2009 Hockey Inductees
Be the first to comment!
Although many think of Mark Messier in reference to the 1994 New York Rangers team that brought the Stanley Cup back to Broadway after a length absence, it was Brian Leetch who was the Conn Smythe Trophy winner that year. Overall, Brian Leetch was considered one of the top two way Defenceman of the 1990’s and his strong play was rewarded by two Norris Trophies and five Post Season All Star selections. Leetch was also the captain of the United States team that won the 1996 World Cup of Hockey. Leetch is not only one of the greatest New York Rangers of all time, but is also one of the greatest American players ever.
Read more 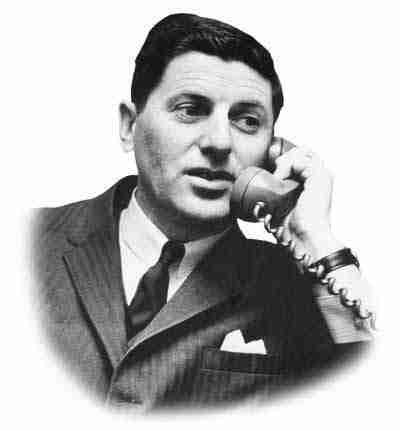 1994 Hockey Inductees
Be the first to comment!
The amount of roles that Brian O’Neill seemed to have in the National Hockey League was staggering. He became the Director of Administration in 1966 and helped to oversee the 1967 Expansion and prepared the expanded schedule. O’Neill would later become an Executive Director and helped with the continued expansion.   After the retirement of Clarence Campbell, he was named the Executive Vice President and took over the unenviable task of player discipline. He represented the NHL in Europe, which became an expanding task as the Europeans gradually entered the league. O’Neill would also preside over the Supplementary, Waiver and Expansion drafts and subsequently was members of other NHL committees. For all of his work in all of the lines of work with the National Hockey League, this man who is largely anonymous to hockey fans belongs in the Hall of Fame. 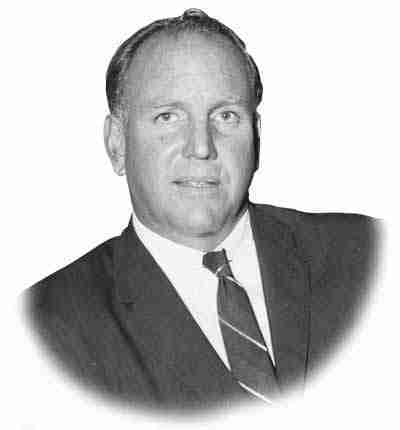 1969 Hockey Inductees
Be the first to comment!
The youngest member of the Norris hockey family, Bruce Norris assumed sole ownership of the Detroit Red Wings in 1955 (after inheriting with his sister upon the death of his father, James E. Norris in 1952). Although the Red Wings were no longer the dynasty it once was, Norris refurbished the arena and continued to make going to see a Hockey game in Detroit a worthwhile event. His admittance to the Hall of Fame may be a little iffy overall as his induction could be called into question where as his relatives would not be. 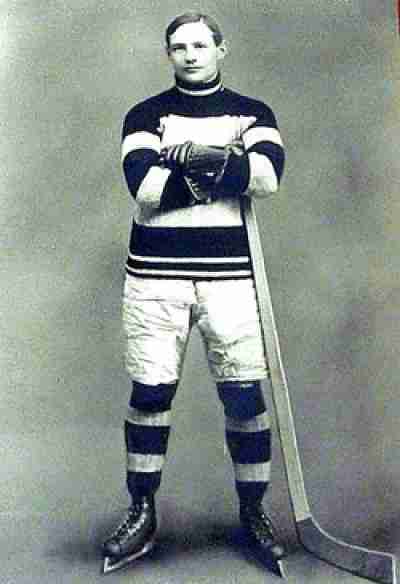 1961 Hockey Inductees
Be the first to comment!
Considered one of the first power forwards in Hockey, Bruce Stuart was another turn of the century star that emerged from the Ottawa Valley. Stuart used his size to bully opponents and score goals and as such was rewarded with multiple Stanley Cups. Stuart joined his brother Hod (who was inducted in the first HOF Class in 1945) into the Hall of Fame in 1961. 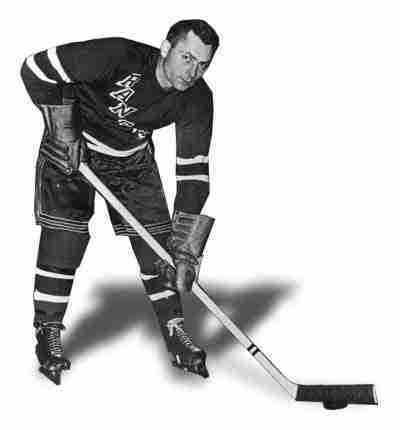 1969 Hockey Inductees
Be the first to comment!
Playing his entire NHL career with the New York Rangers, Bryan Hextall would twice lead the league in goals and would also capture the scoring title in 1942. Hextall was very integral part of the Rangers 1940 Stanley Cup win, which would be the last on Broadway for over fifty years. The durable Hextall would also become the patriarch of a Hockey family, as his two sons (Bryan Jr. & Dennis) and grandson Ron, would all enjoy long careers in the NHL. 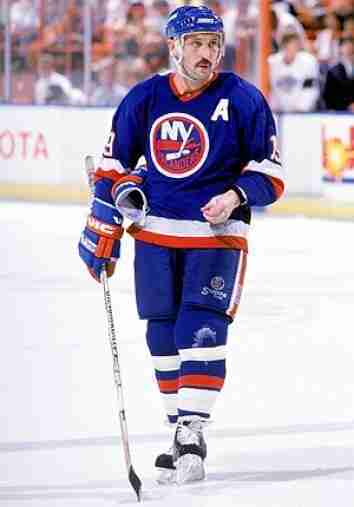 1997 Hockey Inductees
Be the first to comment!
One of the best two way players of all time, Bryan Trottier did not always get his due; despite winning six Stanley Cups as a player.  Trottier was an offensively gifted playmaker who once won the Art Ross Trophy (he won the Hart the same year) was also a keen defensive strategist and became known throughout the National Hockey League as one of the most complete players in the game. 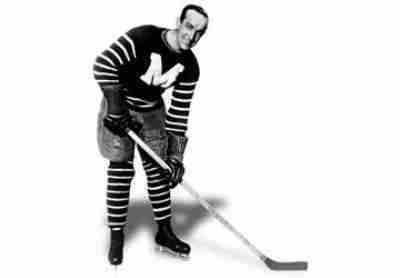 1960 Hockey Inductees
Be the first to comment!
As part of the legendary Boucher family, Georges “Buck” Boucher was a passionate and effective player who despite his defensive position averaged nearly half a point a game and led the NHL in assists in 1934. Boucher won the Stanley Cup three times with the Ottawa Senators three times and would eventually become a member of the Hockey Hall of Fame in 1960. 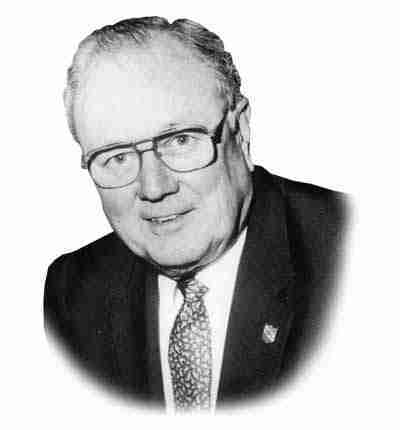 1990 Hockey Inductees
Be the first to comment!
Bud Poile had a successful run as a player in the National Hockey League, but his entry into the Hockey Hall of Fame is based on his ability as a Coach and General Manager. He won three championships as the Head Coach for the Edmonton Flyers in the Western Hockey League, and when the NHL expansion happened in 1967, he received the opportunity to become the General Manager of the Philadelphia Flyers, where he built a young nucleus, that would become the first expansion team to win the Stanley Cup. He may not have been in Philadelphia to see that happen, but he also took on the role as GM in Vancouver in 1970 and brought them to respectability. His later jobs included the Executive Vice Presidency of the upstart World Hockey Association and the Commissioner of the Central Hockey League, and later the International Hockey League. It was his overall administrative work in the sport that made him a surefire inductee to the Hockey Hall of Fame. 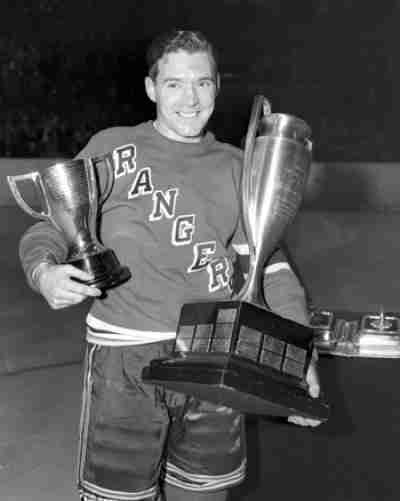 1988 Hockey Inductees
Be the first to comment!
With all due respect to Buddy O’Connor, we are now entering a series of inductees that we are not fond of. O’Connor is the first inductee in the “veteran category”, designed to honor those from previous decades that the Hall may have forgotten. As we have seen the Hall has many of the Original Six era (and prior) already in; and with a few of those being questionable in our eyes, we now have a series of players that we openly ask; If they were not indicted before, why should they be inducted now? 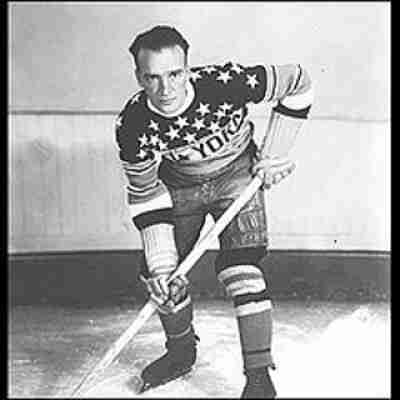 1963 Hockey Inductees
Be the first to comment!
Another somewhat curious induction to the Hockey Hall of Fame massive class of ’63, “Bullet” Joe Simpson may have gotten in just based on his cool nickname. Simpson was christened the “Bullet” due to his speed and his end to end rushes were known throughout the sport. Newsy Lalonde called him the greatest player ever (this may have also helped his induction) and he was a multiple time All Star for the Edmonton Eskimos in the Western Hockey League. He did make it to the National Hockey League and had a few years for the New York Americans, but he did not have a season there of note. 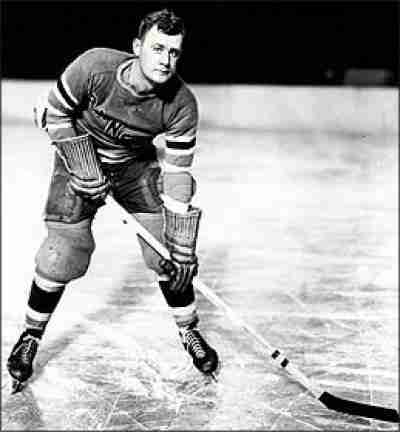 1995 Hockey Inductees
Be the first to comment!
Another Veteran’s Category inductee, Bun Cook was a star for most of his career with the New York Rangers where he helped bring the Stanley Cup to Broadway twice. Predominately, he was the Left Wing on the Rangers’ “Bread Line” with his brother Bill and Frank Boucher, which was among the most feared of its time. The innovator of the “Drop Pass”, Cook would be named to Second Team All Star in 1931 and he proved to be an efficient offensive producer in his career. He was a bit of a bubble candidate for the Hall in our eyes, but it is not a terrible induction overall. 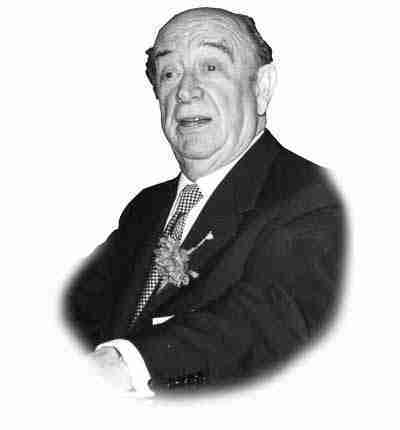 1977 Hockey Inductees
Be the first to comment!
Bunny Ahearne was born in Ireland, and spent most of his adult life in Great Britain; a strange pedigree for a Hockey Hall of Fame inductee. Ahearne worked for the British Ice Hockey Association (yes there is one) and managed the team that shockingly won the Olympic Gold over Canada in 1936. He would later serve in various capacities for the IIHF and was a big part in bringing Canada and the United States to become active members of the organization. This induction is great for showing the Hall wanted to truly honor the International aspect of the game, but this may not be the best overall choice to do so. 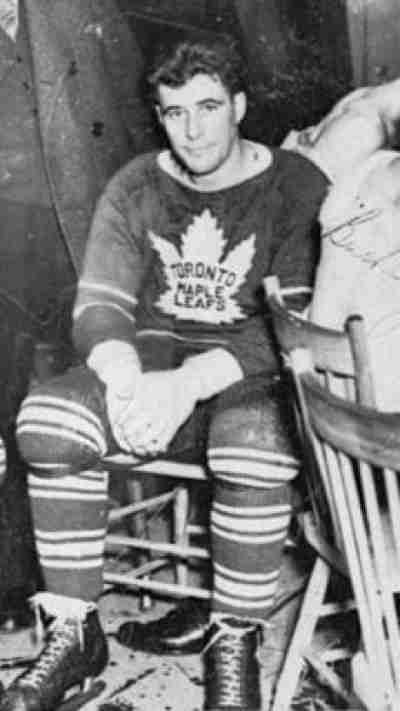 1971 Hockey Inductees
Be the first to comment!
As part of the famed “Kid Line”, Harvey “Busher” Jackson would be part of the annual points chase for years, leading the league in the category in the 1931-32 season. Jackson used his excellent speed and offensive rushes to terrorize opponents, and in the year he won the scoring title, also led his team to the Stanley Cup. 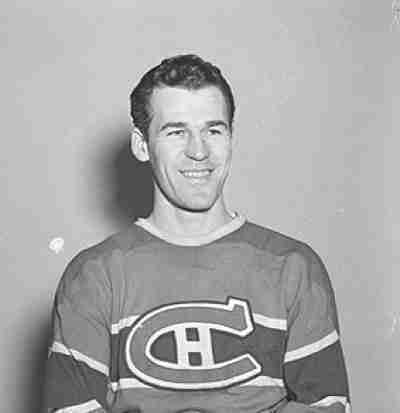 1966 Hockey Inductees
Be the first to comment!
Although Emile “Butch” Bouchard was mostly a stay-at-home Defenceman, his well timed and accurate passing skills were often the catalyst for the Montreal Canadians expert offensive rushes. Bouchard brought a strong physical presence to the Habs defense which the squad desperately needed. His bodychecks became legendary in the NHL, and despite his immense strength and physical play, he rarely got into fights. Bouchard would help Montreal win four Stanley Cups and was a First Team All Star three times. Perhaps more importantly, as Bouchard came into his own, he would often serve as a mentor to many of the younger players, making that much more valuable to the team dynamic. The Hall of Fame induction was a nice finishing touch for a good man with a great career.

One of the most popular players ever to put on a Boston Bruins uniform (and doesn’t that say something!) Cam Neely’s career was taken away far too soon. Neely fought countless injuries, which although is typical for hockey players was exasperated by his attacking style of play. He was a natural goal scorer who three times hit the 50 goal mark, most impressively in the 1993-94 season when he only played 49 games in another of his injury plagued campaigns. Neely would never play more than fifty games in a season after the age of 25, and by 31 his injuries forced him to retire. Although his career numbers from his era may not seem Hall of Fame worthy, he is a four time Second Team All Star selection which indicates his merit in Toronto.
Read more 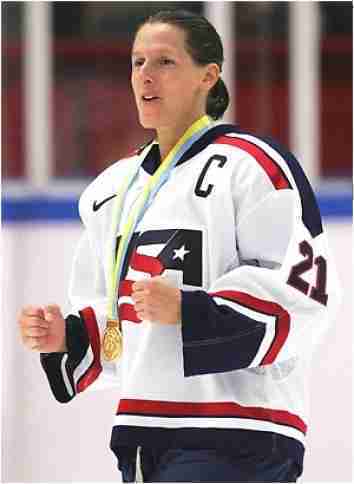 2010 Hockey Inductees
Be the first to comment!
Angela James justifiably was the first Canadian woman to enter the Hockey Hall of Fame and IIHF Hall of Fame. Cammi Granato entered at the same time in both Halls at James, and deserved to be the first American woman to do so. 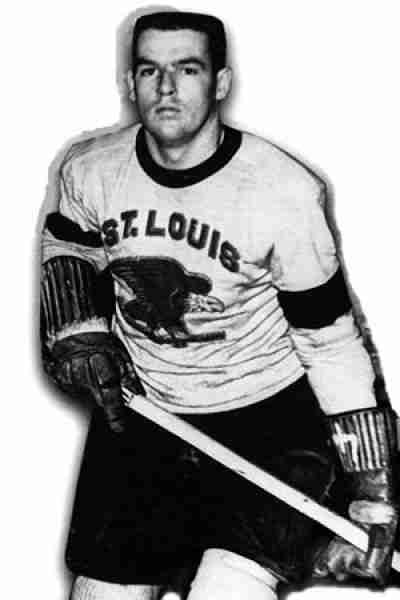 1974 Hockey Inductees
Be the first to comment!
Carl Voss played eight seasons in the National Hockey League, though his career on the ice was nothing that would be considered Hall of Fame Worthy.

The former owner of the Boston Bruins, Charles Adams truly respected the game of Hockey, much like the other great owners in the game’s early days. It is because of men like Adams that the sport grew, and indirectly the sport in New England. Some franchise owners do not belong in their respective Halls of Fame, but that can NOT be said of Charles Adams. 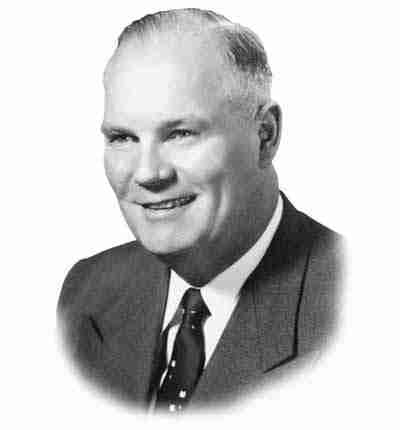 1974 Hockey Inductees
Be the first to comment!
A decent amateur hockey player in his own right (he was an Allen Cup Finalist in 1921) Charles Hay entered the Hockey Hall of Fame as an honored builder. Hay helped to form Hockey Canada; which helped coordinate the best minds of hockey to help grow the Canadian team internationally. Hay would also help with the rough negotiations with the Soviet Union’s Hockey organization that brought the 1972 Summit Series to life, which is probably the biggest reason that he got elected to the Hall. 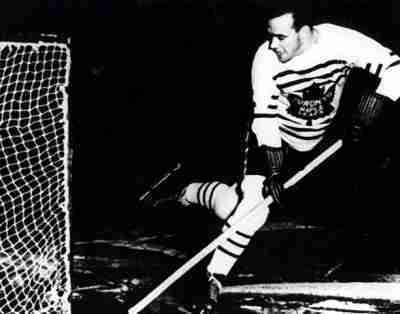 1961 Hockey Inductees
Be the first to comment!
A five time goal scoring champion in the National Hockey League, Charlie Conacher was a star player for the Toronto Maple Leafs and was the Right Wing of their famed “Kid Line”. Conacher was aptly nicknamed “The Big Bomber” for his powerful shot that scared goaltenders for years. He was not a one trick pony, as he was an underrated skater who could also elude defenders with his stick handling ability. He would suffer a wrist injury in 1936 that though was not considered serious at the time, but caused him to miss major chunks of the next two seasons. Although Conacher would play for a few more years, chronic injuries prevented him from returning to the top ten in scoring and he was out pro hockey at the age of 30.