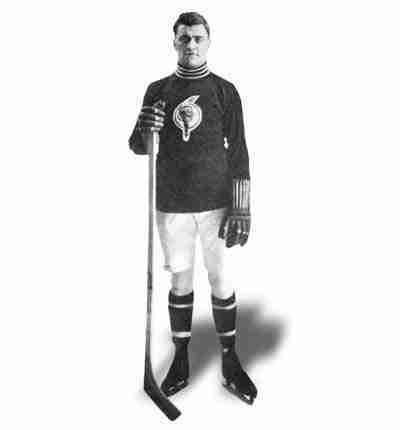 1958 Hockey Inductees
Be the first to comment!
A large and rugged defenseman, George McNamara bounced around many teams pounding down offensive threats in his end. McNamara helped the Toronto Blueshirts win the Stanley Cup in 1914 and had it not been for his participation in World War I, may have won more. With that said, and with all due respect to McNamara, his induction would not have been missed had it not occurred. 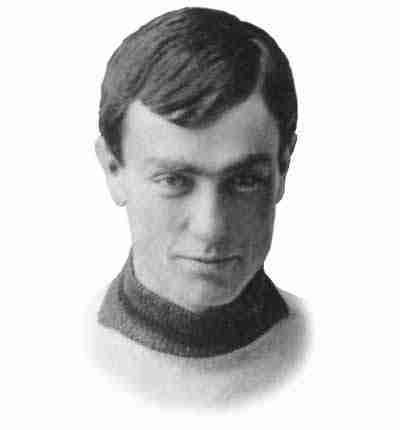 1950 Hockey Inductees
Be the first to comment!
A star with Queen’s University, George Richardson would later lead the 14th Regiment of Kingston hockey squad to three consecutive OHA finals. A good scorer and gentlemanly player, Richardson was one of the good guys of the early game. Richardson would perish in World War I serving the Canadian Armed Forces. 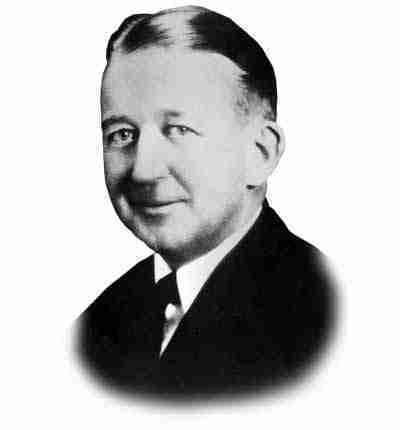 1961 Hockey Inductees
Be the first to comment!
An important builder in American Hockey (especially in New England), George V. Brown organized amateur Hockey teams in the Boston area and it could be said that his work helped professional Hockey to arrive in Beantown. Brown also helped to organize the U.S. squad that competed and won the Silver Medal at the 1924 Olympics.
Read more 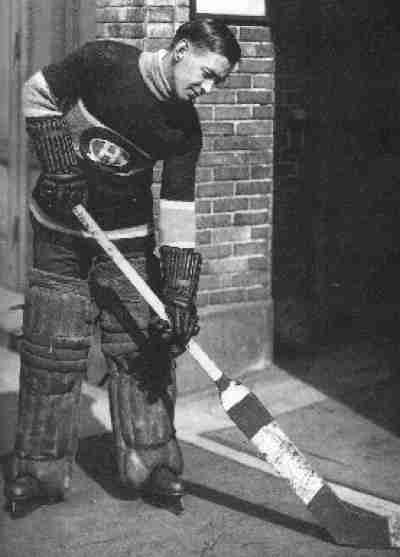 1945 Hockey Inductees
Be the first to comment!
In the amazing history of the Montreal Canadians, a wide array of talented goaltenders have donned there iconic jersey. However, only one can be the first, and that man was Georges Vezina. 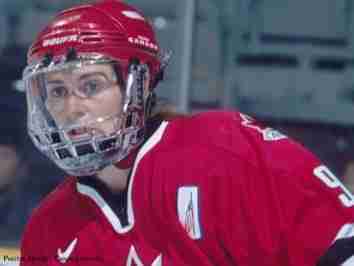 2013 Hockey Inductees
Be the first to comment!
The third female inducted into the Hockey Hall of Fame, Geraldine Heaney would anchor the blueline that helped the Canadian Woman’s National Team to many victories and tournaments. Heaney was a steady for the Canadian Woman’s team for years. 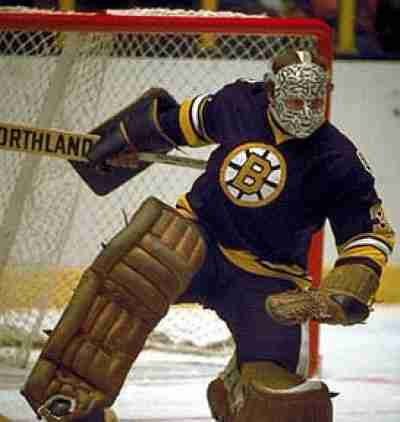 1985 Hockey Inductees
Be the first to comment!
The owner of the most iconic mask in Hockey history (the one with the famed stiches showing where a puck would have hit his face), Gerry Cheevers had his greatest success in the net with the Boston Bruins when they won the Stanley Cup in 1970 and 1972. He was not the best Goalie in the NHL, but he was decent enough to give his powerful Bruins scorers the confidence enough that he would let in fewer goals than his team would score. Cheevers bolted to the WHA, where he was the top netminder there, and after would return to Boston posting spectacular winning percentages year after year. 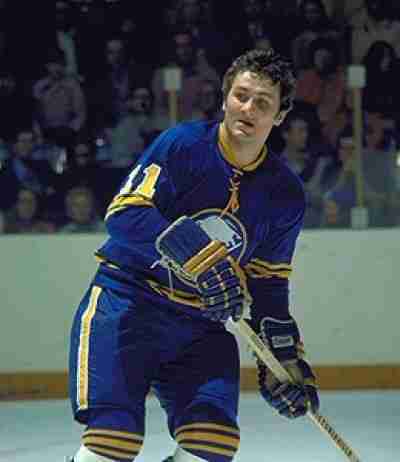 1990 Hockey Inductees
Be the first to comment!
Arguable the greatest Buffalo Sabre in that franchise’s history, Gilbert Perreault still holds many records for that team. He played his entire professional career in Western New York, and was the leader of its most famous hockey line, The French Connection, that also had Rick Martin and Rene Robert. He dazzled the Buffalo faithful with his offensive skills and brought excitement to the team. Perreault would crack the top ten in scoring five times and finished his career over 1,300 points. Although, he did not win the Stanley Cup in Buffalo, he did take the Sabres to the 1975 Finals and was the major reason for the success that Buffalo had through the 1970’s. Gilbert Perreault remains in high regard in Buffalo and entered the Hockey Hall of Fame in his first year of eligibility. 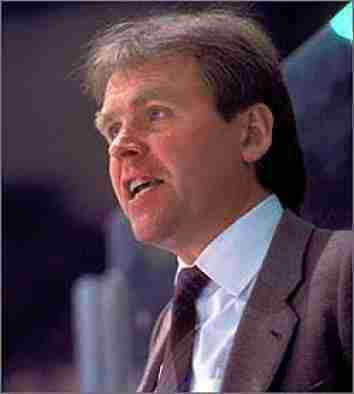 1997 Hockey Inductees
Be the first to comment!
It seemed fitting that the year after Al Arbour got inducted, that the Head Coach of the next great dynasty would get in. 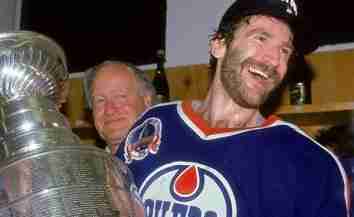 2008 Hockey Inductees
Be the first to comment!
A career point per game player in his lengthy NHL career, Glenn Anderson had the fortune of playing for some excellent Edmonton Oilers teams and won five Stanley Cups as a result. Anderson may not have been as heralded as Messier, Coffey, Kurri and Gretzky, but he was a solid contributor in his own right, topping the 100 point mark three times and finishing two goals shy of the 500 mark for his career. Anderson may have only been in the top ten in scoring once, but the goals he did score were often in clutch situations. 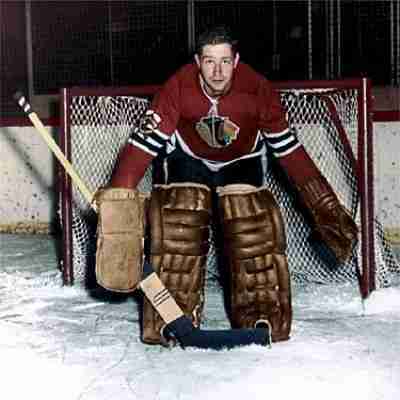 1975 Hockey Inductees
Be the first to comment!
Unarguably one of the greatest Goaltenders in the history of professional Hockey, it should come as no surprise that Glenn Hall is one of the most decorated. Dubbed, “Mr. Goalie”, Hall was a consistent force between the pipes, raising the levels of teams (see the St. Louis Blues in the late 60’s) that may not have been a Cup contender without him. 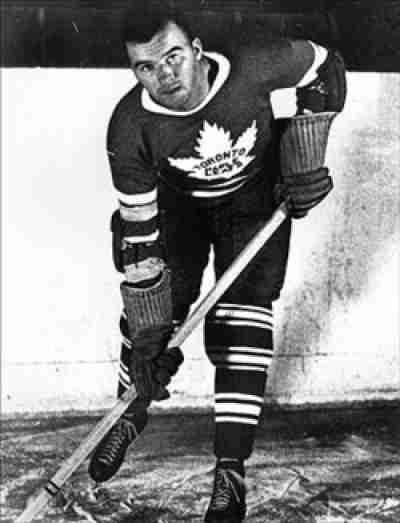 1975 Hockey Inductees
Be the first to comment!
Although Gordie Drillon only played seven seasons in the National Hockey League, they were all productive ones for the Right Winger. Drillon played most of those campaigns in Toronto and he averaged nearly a point a game. Drillon won the NHL scoring title in 1938, which would also be the same year he won the Lady Byng Trophy. A two time First Team All Star, Drillon also won a Stanley Cup in Toronto (though it was not his best performance, as he was benched in the Finals). 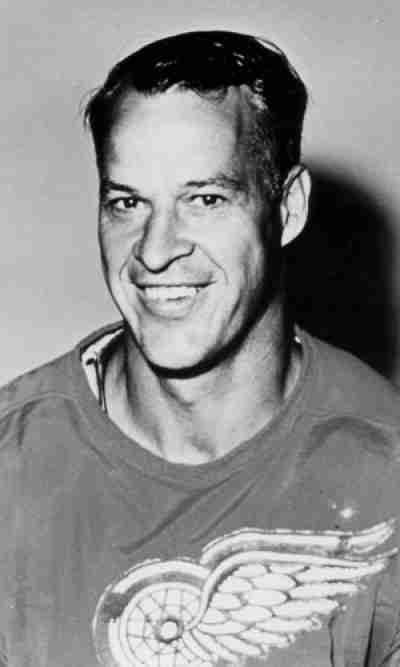 1972 Hockey Inductees
Be the first to comment!
What can you say about Mr. Hockey? Incidentally, Howe would return to professional Hockey with the WHA’s New England Whalers and eventually the NHL in 1980 when WHA merged. Howe actually played in the NHL eight years after he was inducted into the Hockey Hall of Fame! 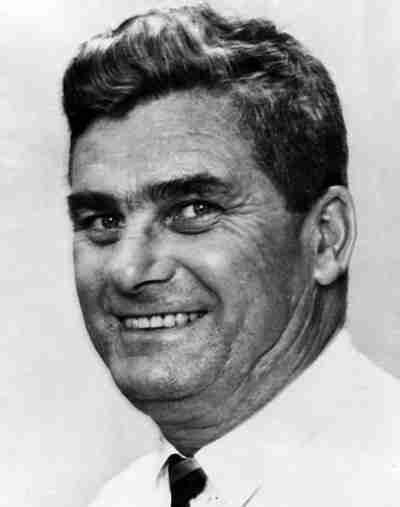 1979 Hockey Inductees
Be the first to comment!
Gordon Juckes served Hockey very well in his native province of Saskatchewan and beyond. After World War II, Juckes worked for the local Saskatchewan amateur teams and eventually ascended to the Presidency of the Saskatchewan Senior League and then later the Saskatchewan Amateur Hockey Association. He would transfer his skills to the Canadian Amateur Hockey Association where he would also have a run as its President. Overall, he was a great asset for the sport of Hockey with his administrative contributions. 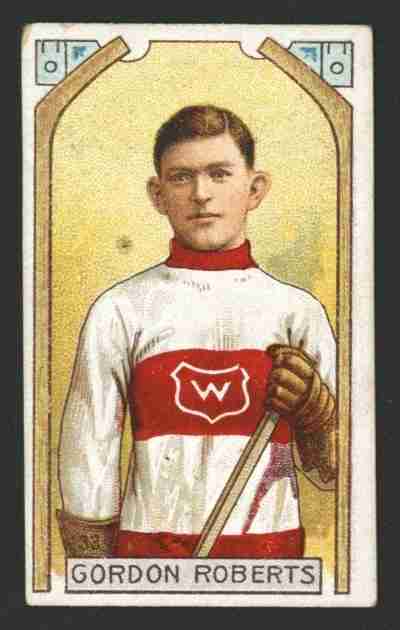 1971 Hockey Inductees
Be the first to comment!
A proficient goal scorer in the 1910’s, Gordon Roberts was one of the first players who could curve a shot. Roberts was well over a goal per game producer in his era and was a First Team All Star once in the PCHL while playing with the Vancouver Millionaires. The criticism here is that there were many goal per game scorers at this time, and Roberts did little in his lone Stanley Cup win with the Ottawa Senators. With that said, it is not like he is completely out of place with an induction, but if he was omitted, there would not be much of a push to rectify it.

A top player in the 1890’s, Graham Drinkwater was one of the top players in the game’s beginnings. Drinkwater scored thirty goals in thirty one regular season games for the Montreal Victorias and helped them to win three Stanley Cups making the Victorias one of the first real hockey dynasties. 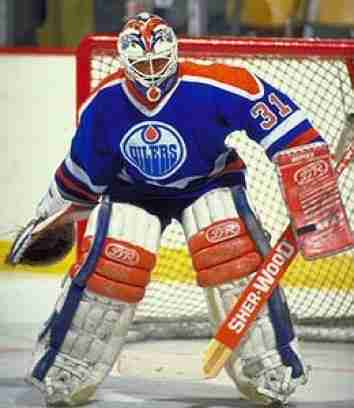 2003 Hockey Inductees
Be the first to comment!
Although Grant Fuhr was rarely in the hunt for the Goals Against Average title in the NHL, there was little doubt among Hockey pundits that he was amongst the best in the league. In the 1980’s, Fuhr was the Goaltender for the high powered Edmonton Oilers, who employed a devastating offensive attack. Defence was secondary for Edmonton, and Fuhr did always enjoy the same type of defensive effort in front of him that other netminders received, so it can be argued that his task was more difficult in a way. Of course, wouldn’t every 1980’s NHL goalie trade their position with Fuhr?

Gump Worsley (and again, this is a name we absolutely love) may have lost more games than he won in the NHL, but that is widely due to being on some awful teams, in which he was still praised by fans for keeping those squads as competitive as they were. Gump did play for some abysmal teams in the 50’s, but in the 60’s he found himself with a powerful Montreal Canadians team and elevated his game accordingly. He enjoyed the best years of his career and won four Stanley Cups and two Vezina Trophies. Gump would play for 21 NHL seasons finishing off with the Minnesota North Stars until the age of 44. Gump Worsley may not have reached the Hall without his Montreal stint, but is it wrong that we love him in the Hall because his name is “Gump”? 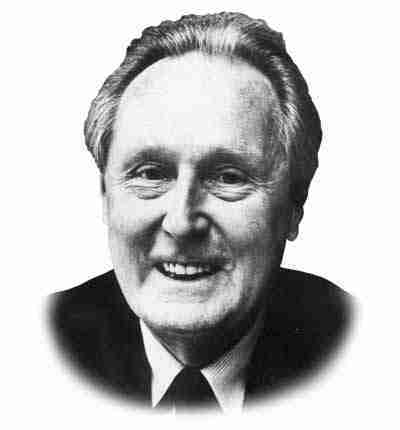 1995 Hockey Inductees
Be the first to comment!
The first German born entry into the Hockey Hall of Fame, Gunther Sabetzki did a lot in his native country to help grow the sport. He would serve as the first German President of the IIHF, and worked diligently not just to grow Hockey in Germany, but throughout the world. Under his near two decade as the IIHF President, membership increased from 31 to 50 nations. The international game owes a lot to the work of Gunther Sabetzki. 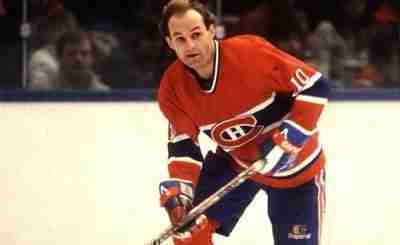 1988 Hockey Inductees
Be the first to comment!
The offensive leader of the Montreal Canadians, Guy Lafleur was the dominant Right Wing in the NHL for the last half of the 1970’s. Not only did “The Flower” win five Stanley Cups, but he won the Art Ross Trophy three years in a row, twice capturing the Hart Trophy. From 1975 to 1980, Lafleur was named to the First Team All Star team at Right Wing; which is quite the impressive run don’t you think? 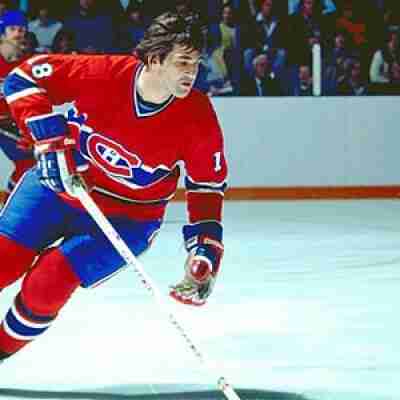 1993 Hockey Inductees
Be the first to comment!
As part of the Montreal Canadians “Big Three” defence corps, Guy Lapointe was a member of six Stanley Cups. He was an offensively gifted player who would top the 60 points mark three consecutive seasons and remained an asset on the defensive side. He was a devastating force on the power play and equally adept with punishing checks. Lapointe would be a Post Season All Star four times, but again that is secondary to the six Cups he helped the Habs win in the 1970’s.