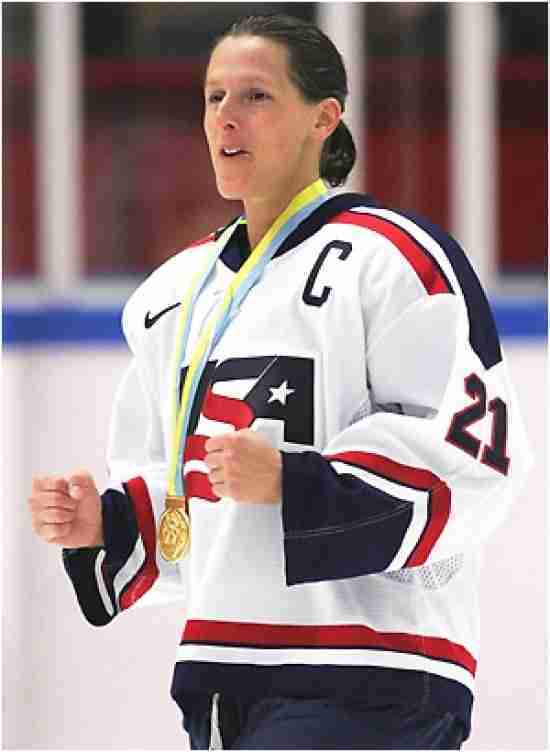 Angela James justifiably was the first Canadian woman to enter the Hockey Hall of Fame and IIHF Hall of Fame. Cammi Granato entered at the same time in both Halls at James, and deserved to be the first American woman to do so.
Granato was the leader and best player for the U.S. Women’s squad for years, and literally it was she who helped grow the sport in the U.S. and bring them to the level of the Canadians. Granato led the U.S. to victory in the 1998 Nagano Olympics and you have to wonder aloud where the U.S. Women’s program would have been without Cammi Granato.

Definitely put them in! - 0%
Maybe, but others deserve it first. - 0%
Probably not, but it wouldn't be the end of the world. - 0%
No opinion. - 0%
No way! - 0%
See More Info about Granato on Everipedia!
Tagged under
Tweet
More in this category: « Angela James Daryl Seaman »