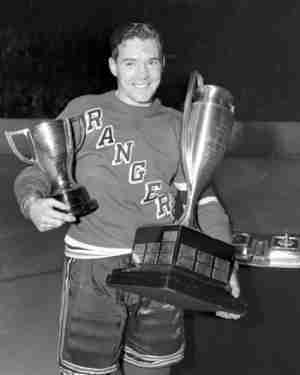 With all due respect to Buddy O’Connor, we are now entering a series of inductees that we are not fond of. O’Connor is the first inductee in the “veteran category”, designed to honor those from previous decades that the Hall may have forgotten. As we have seen the Hall has many of the Original Six era (and prior) already in; and with a few of those being questionable in our eyes, we now have a series of players that we openly ask; If they were not indicted before, why should they be inducted now?