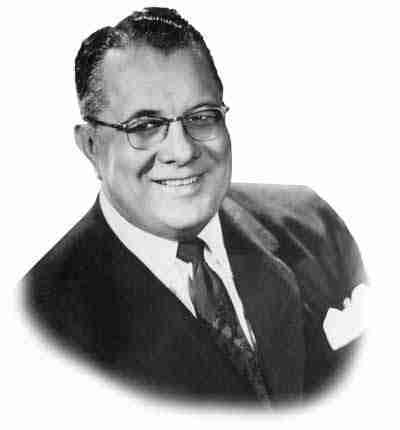 1971 Hockey Inductees
Be the first to comment!
Arthur Wirtz’ entry to the Hockey Hall of Fame was based on the financial support he gave the Chicago Blackhawks and Detroit Red Wings, and he did legitimately make both franchises more viable. He formed a business partnership with James E. Norris to buy the Detroit Falcons (later renamed the Red Wings) and after helping to bring that team to prominence, he parted amicably with the estate of Norris (who passed away) and bought the Chicago Blackhawks. The team returned to the top of the heap when they won the Stanley Cup in 1961; there first in 23 years. 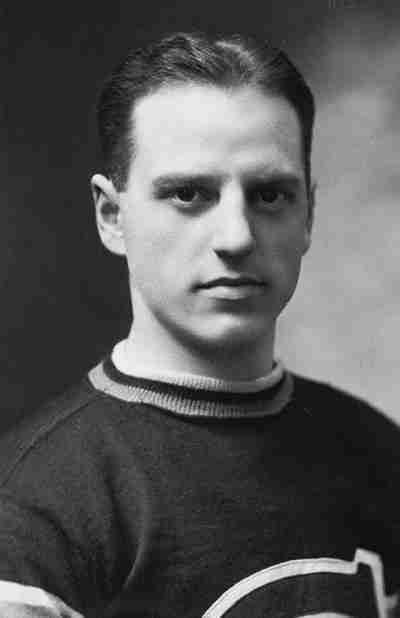 1947 Hockey Inductees
Be the first to comment!
The 1934 Hart Trophy Winner, Aurele Joliat was a star for the Montreal Canadians for many years and was a popular star. The diminutive Joliat (he only stood five feet seven) was nicknamed the “Little Giant” and was a major part of four Stanley Cup runs by the legendary Montreal Canadians. The career Montreal Canadians Left Winger was rightfully inducted to the Hockey Hall of Fame in 1947. 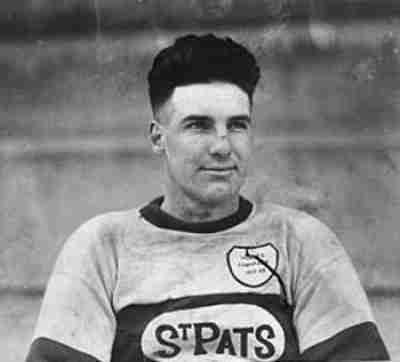 1970 Hockey Inductees
Be the first to comment!
Good enough to have become a professional Baseball player (Connie Mack of the Philadelphia Athletics offered him $25,000 to sign with his team), Babe Dye elected to remain with his true love of Hockey and fans of the sport were rewarded with the spectacular sound of his blistering slap shot. 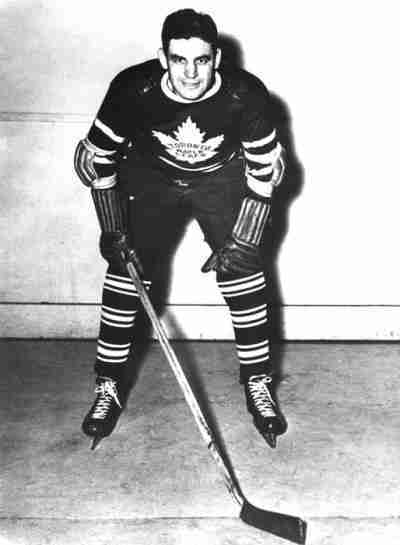 1966 Hockey Inductees
Be the first to comment!
The winner of the 1944 Hart Trophy (albeit in a depleted NHL due to World War II) Babe Pratt was a offensive minded defenceman who was as tough on the ice as he was jovial off of it. Pratt was part of two Stanley Cup winning teams (New York in 1940 and Toronto in 1945) and was always considered one of the team leaders regardless of where he played. 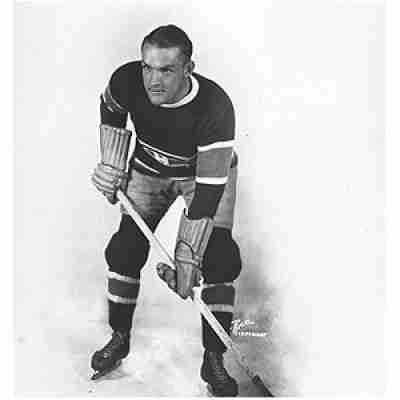 1964 Hockey Inductees
Be the first to comment!
His physical style, checking ability and the letter “S” at the start of his last name made Babe Siebert the perfect complement to the scoring touch of Nels Stewart and the passing skills of Hooley Smith on the Montreal Maroons famed “S Line”. It was in Montreal where Siebert started his career and posted his best offensive statistics. 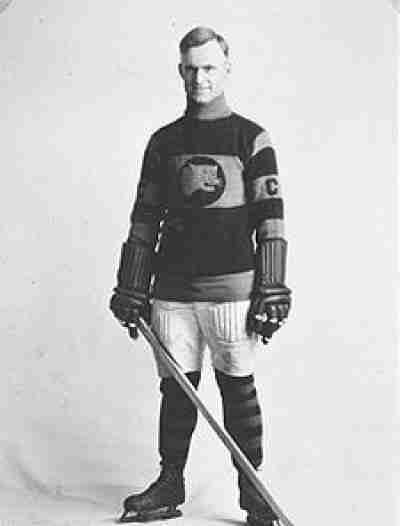 1963 Hockey Inductees
Be the first to comment!
A very good, though not great Hockey player who starred in Western Canada, Barney Stanley was a part of the Vancouver Millionaires Stanley Cup win in 1915. Stanley would be a goal a game producer for various teams in the West, and his versatility to play multiple positions made him an asset on team’s benches. He would eventually make the NHL albeit for one game in Chicago in 1927. Ironically, he was hired to be their coach, though that did not last very long. 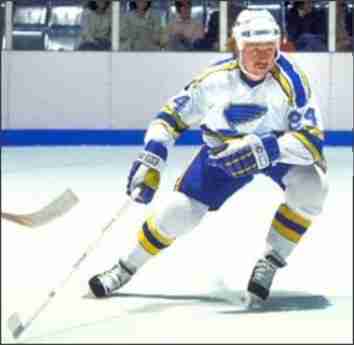 2002 Hockey Inductees
Be the first to comment!
Some people have called Bernie Federko one of the most underrated players in Hockey history and others have openly questioned this induction. Federko played all but one season in the NHL with the St. Louis Blues and had a career of over 1,100 points. He was called the “Magician” for his ability to expertly put the puck in the perfect position for his teammates to score and was the first player to get 50 assists in ten consecutive seasons.
Read more 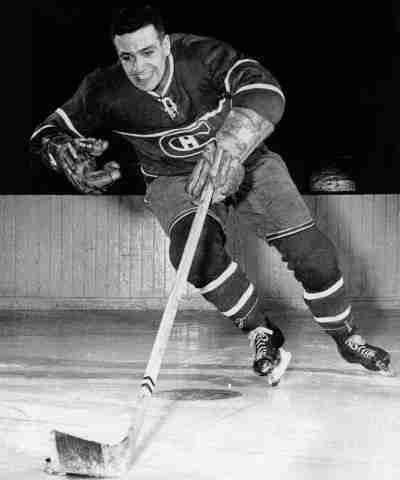 1972 Hockey Inductees
Be the first to comment!
Named “Boom Boom” for his powerful shot and feisty temperament, Bernie Geoffrion, was a Hall of Fame Right Winger who always seemed to be in the shadow of others while playing for the Montreal Canadians. Nowhere could that statement be more accurate when looking at one of Geoffrion’s first scoring title, whereby his own fans booed him when he passed teammate Maurice “Rocket” Richard when the latter was suspended by NHL President, Clarence Campbell for the remainder of the 1955 season. 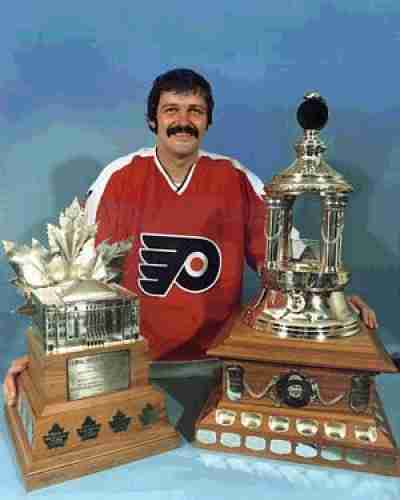 1984 Hockey Inductees
Be the first to comment!
A decent (though not necessarily spectacular) Goalie in his first nine years in the NHL and WHA, Bernie Parent’s game elevated to a new level upon returning to Philadelphia for a second stint for the Flyers. 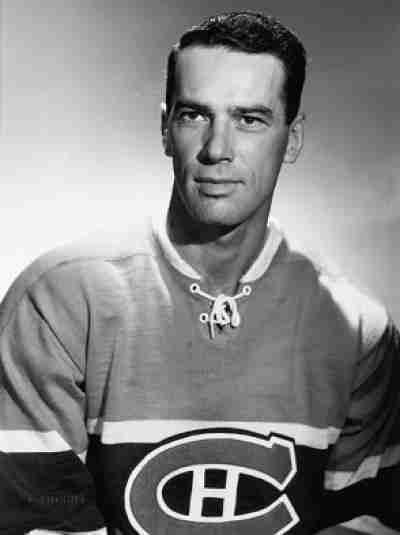 1985 Hockey Inductees
Be the first to comment!
A star Left Wing with the Montreal Canadians, Bert Olmstead did not always receive a lot of the same accolades that his star teammates did, but within the locker room, his worth was well known. Olmstead was not necessarily a good goal scorer, but we was a brilliant passer (he led the NHL in assists twice) and was a very good checker and his tenacious play in the corners gave him the nickname of “Dirty Bertie”. His legacy may not have been one as the greatest player in hockey history, but one who found a way to achieve the maximum of efficiency with the skills that he did have. It inspired the players around him, and freed the coaches to concentrate on other players as Olmstead was considered to be a player who coaches did not need to help out. Overall, Olmstead was a Second Team All Star twice, and a five time Cup winner (four with Montreal and once with Toronto) and had a resume that probably could have gotten him in the Hall a couple of years sooner than he did. 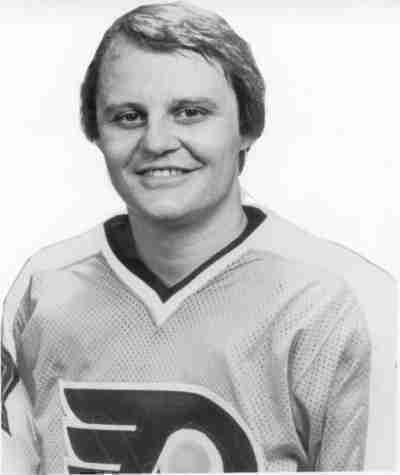 1990 Hockey Inductees
Be the first to comment!
Bill Barber was converted to Left Wing from his Center position by Philadelphia Flyers Head Coach, Fred Shero. As it turned out, the move put him on a first line with Bobby Clarke, and Barber never looked back. He was a strong player who was punishing when he needed to be (he was a member of the Broad Street Bullies after all), was offensively skilled and was underappreciated for his defensive skills. The NHL recognized his ability by naming him to three Post Season All Star teams and he was a major part of the Flyers two Stanley Cup wins. Barber was forced to retire early at the age of 31 due to the deterioration of his left knee. It prevented him from getting to the magical 1,000 point mark, but the Hall recognized his overall talent and he got inducted in 1990. 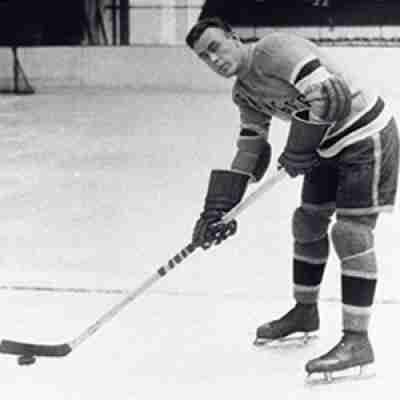 1952 Hockey Inductees
Be the first to comment!
Rightfully called the “First Ranger” (as he was the first player signed by New York, and their first captain), Bill Cook was a three time goal scoring champion in the National Hockey League and a three time post season First Team All Star. More importantly, he brought the Stanley Cup to Broadway twice in his tenure there. As the leader of the “Bread Line” with his brother, Bun Cook and Frank Boucher they terrorized the defenses of the NHL for years. It cannot be argued that Bill Cook is a fine addition to the Hall. 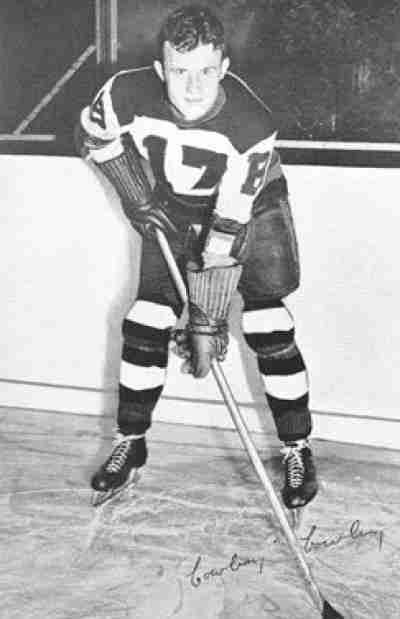 1968 Hockey Inductees
Be the first to comment!
The “Cowboy”, Bill Cowley was easily one of the top playmaking forward in his era. Cowley was a three time assists leader and a one time points leader who won the Hart Trophy twice; albeit in the World War II era whereby the talent in the league was reduced. Still, he did well in that era and good enough in the one that followed (and prior to) and is also as a two time Stanley Cup winner. He may not be remembered as much as he should be, but be definitely belongs in the Hockey Hall of Fame. 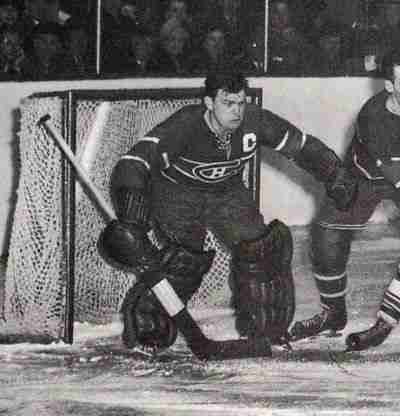 1964 Hockey Inductees
Be the first to comment!
Bill Durnan may have only played seven seasons in the National Hockey League, but his vast accomplishments were impossible to ignore. In six of his seven years, Durnan won the Vezina Trophy and was a First Team All Star. He would also backstop the Habs to the Stanley Cup twice. Had Bill Durnan entered the league sooner (he did not enter until he was 28, content to retain his amateur status) and not retired early (he retired at the age of 35, while still on top), it is possible that he might be considered among the best Goalies of all time. As such, he is the best Goalie that time seems to have forgotten. 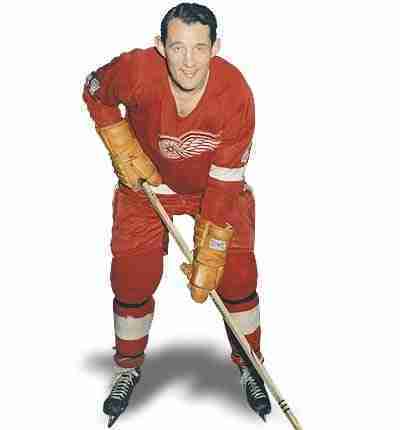 1970 Hockey Inductees
Be the first to comment!
An excellent two way Defenceman, Bill Gadsby did not have the best of fortune with the teams he played on, as even in the Original Six era, he only played 67 playoff games. Most of those playoff games were on good Red Wings teams from the 60’s, when he was still a good player, but not at his prime like he was the decade before. 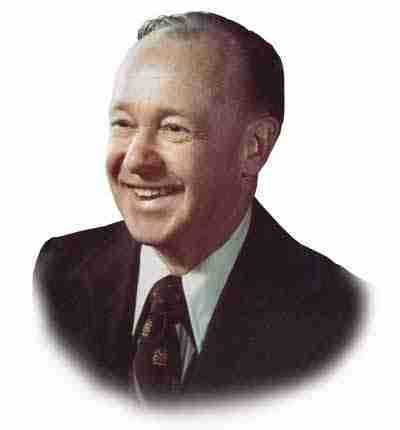 1986 Hockey Inductees
Be the first to comment!
Bill Hanley was selected for the Hockey Hall of Fame based on his lifetime service to the Ontario Hockey Association. Hanley was well regarded and served in the OHA in multiple capacities for decades. Still, Hanley is one of many administrators with the OHA who have been selected for Toronto, but when the Hockey Hall’s bio’s highlight is that he was a fair arbitrator, it is not exactly a rousing endorsement for induction. 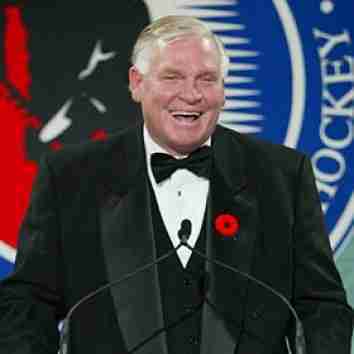 2015 Hockey Inductees
Be the first to comment!
A former seven year veteran of the NHL with the Chicago Blackhawks, Bill Hay’s Hockey Hall of Fame induction comes from his work as the Calgary Flames’ CEO and would later become the Chairman of the Hockey Hall of Fame.
Read more 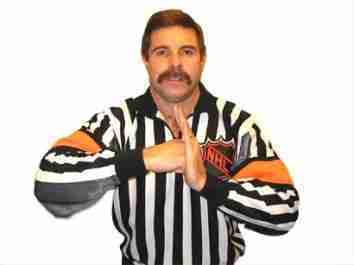 2014 Hockey Inductees
Be the first to comment!
Bill McCreary refereed 1,700 NHL Games and 282 NHL Playoff Games, including thirteen Stanley Cup Finals in a row. You don’t get those opportunities because you have a bias or are bad at your job! McCreary also officiated the Gold Medal Game in the 2010 Winter Olympics. 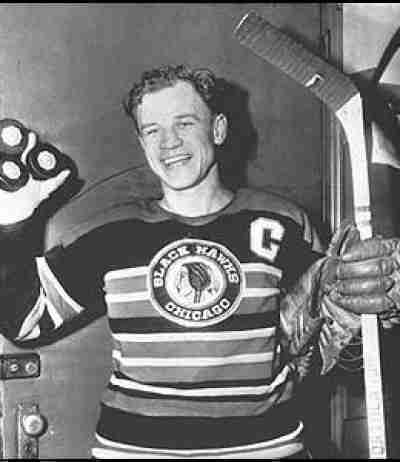 1965 Hockey Inductees
Be the first to comment!
A career professional with the Chicago Black Hawks, Bill Mosienko may not have won a Stanley Cup in Chi-town, but he was an excellent forward who played in multiple All Star games. Mosienko was also a very classy player (he only ever had one fight in his NHL career and was rewarded with the Lady Byng Trophy in 1945. Winning that accolade was nice, but he also a perennial fixture on the annual points table and was one of the better players in Chicago when they were not exactly a league power. 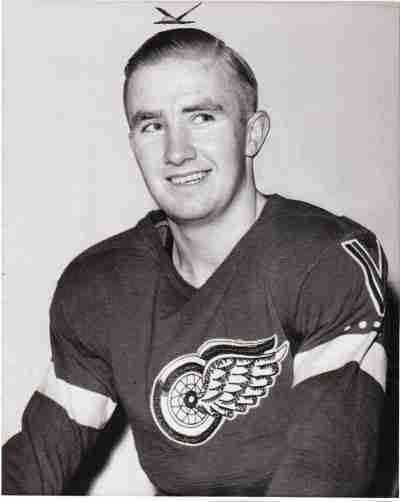 1976 Hockey Inductees
Be the first to comment!
An excellent two way Defenceman, Bill Quackenbush was one of the most disciplined players in the National Hockey League. Quackenbush rarely made mistakes on the ice. This was not just shown by his acumen with the puck, but his ability to stay out of the penalty box. He would become the first Defenceman to win the Lady Byng Trophy in a season in which he received ZERO penalty minutes. Quackenbush actually had a 131 game stretch without receiving a whistle from a referee. Although he never had the opportunity to hoist the Stanley Cup, he was a five time All Star and played in eight consecutive All Star games. It is likely though that his failure to win a Cup in the Original Six era (and his playoff PPG was a bit less than his regular season average) delayed his induction to the Hall of Fame.