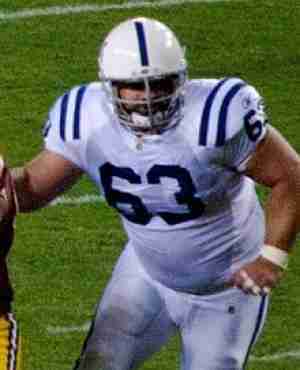 Undrafted and out of Football, the Indianapolis Colts were told of Jeff Saturday and they would give him a chance to make their roster. Saturday did and would become the leader of the Offensive Line that protected the great Peyton Manning for a decade. He would make six Pro Bowls and earn two First Team All-Pro selections and was the 2007 NFL Alumni Offensive Lineman of the Year. Most importantly for Jeff Saturday, he was the starting Center on the Super Bowl XLI Champion Indianapolis Colts.