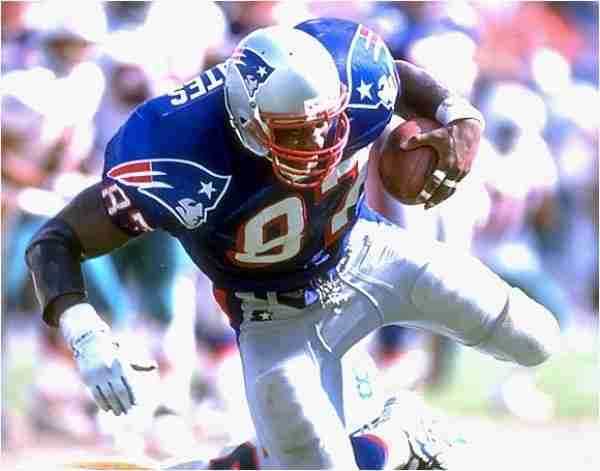 Shannon Sharpe may be considered the best tight end of the 1990s, but a consensus number two would likely be Ben Coates.  Coincidentally, the two would wrap up their careers at the start of the new millennium as teammates for the Baltimore Ravens in winning Super Bowl XXXV.


Ben Coates started slow, but once Bill Parcells entered the New England Patriots picture, Coates saw his receptions dramatically increase.  Coates was used as a reliable weapon in the Drew Bledsoe-led offense and his sure hands allowed him to be the Patriots' most reliable receiver.  He set receiving records for the tight end position (all since broken) and often had his best performances when the pressure was at its highest.

When Ben Coates retired only Shannon Sharpe, Kellen Winslow and Ozzie Newsome had more catches from the Tight End position than he did.  Coates was a five-time Pro Bowler but has yet to receive a nomination from the Hall.  Chances are that he will be on the wrong end of the Tight End bubble where it comes to Hall consideration.