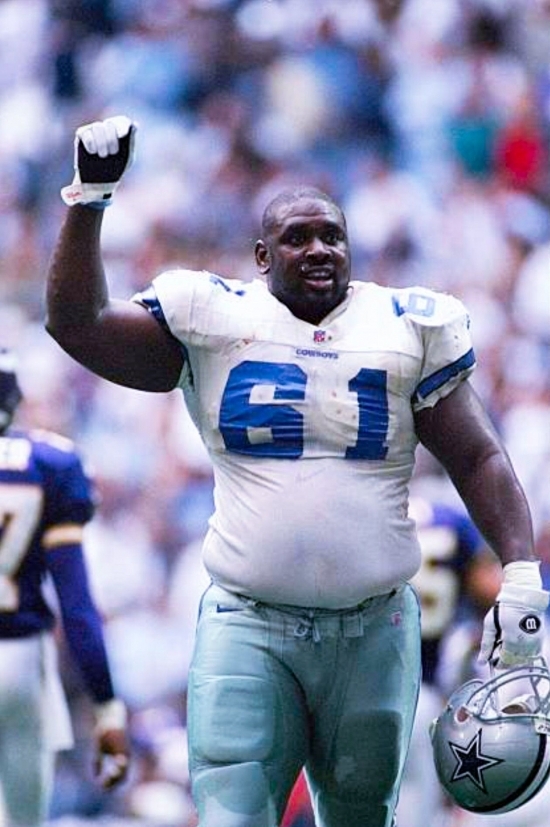 Nate Newton was so big, that he was called the “Kitchen," in reference to that he was a more massive player than William "The Refrigerator" Perry.  Newton went undrafted from Florida A&M but found a home in the USFL, where he played two years with the Tampa Bay Bandits and would be named to the All-USFL Team.

Now a seasoned professional, Newton signed with the Dallas Cowboys but continued to struggle with his weight.  In his 30’s, Newton would be at his best, going to six Pro Bowls and two First Team All-Pros, and was a large (literally) part of the superb O-Line that help Emmitt Smith rush his way to the Hall of Fame.  Big Nate would win three Super Bowl Rings with the Cowboys, and we are guessing that his ring size may have been the largest one ever created.

Should Nate Newton be in the Hall of Fame?