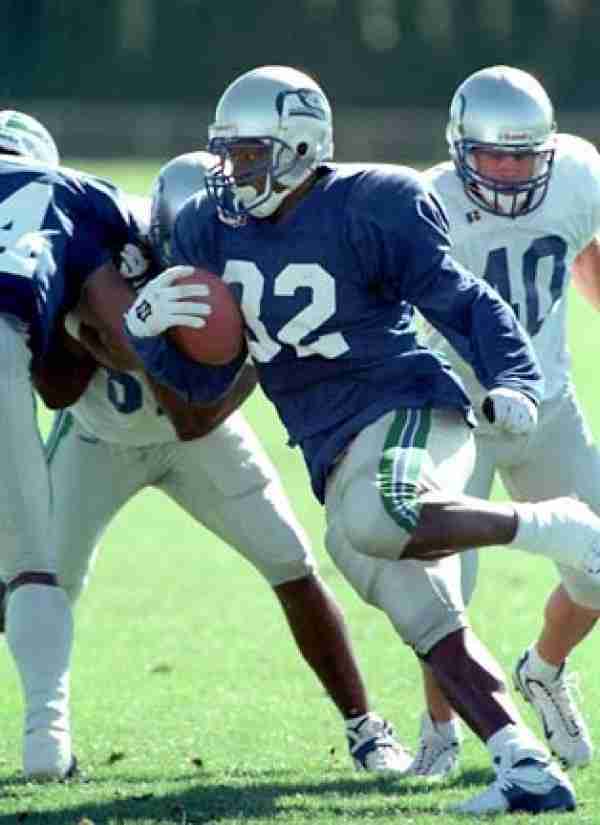 -10 #3 Jason Kushner 2013-08-12 18:37
There is nothing wrong with the way ricky watters played. i love trash talking people. most humans behave just as ricky behaved. humans are not supposed to be nice cuddly muppet baby characters.w e are supposed to trash talk and act like ricky. life is too short to be like barney .THIS IS REAL LIFE NOT FAMILY TIES OR FULL HOUSE YOU PIECE OF SHIT

321-939-1571 we can
Quote
-3 #2 Andy 2012-12-14 03:24
Well for one, Warrick had 38 more games to achieve what Ricky Watters did with less touchdowns and a much lower yards per game average. Ricky averaged over 100 yards from scrimmage per game over his entire career. If you average out the yards from scrimmage of every NFL player in history, you'll find that there are only a handful to have achieved. Ricky also scored 3 TDs in a Super Bowl and 5 TDs in a playoff game. I'm saying, he has the pedigree - the only thing holding him back is perception. From a shear numbers standpoint, there's no reason he shouldn't get in.
Quote
+4 #1 Robert 2012-07-14 15:40
Look at Ricky's numbers and compare them to Warrick Dunn's. There isn't much difference. But no one is talking about putting Dunn in the HOF. Add the fact that Dunn lost a lot of TD's to Alstot and he looks even better. Dunn was also a stand up guy and Ricky.....wa sn't. Either give Dunn more respect or stop all this stuff about Ricky getting in.
Quote
Refresh comments list
RSS feed for comments to this post