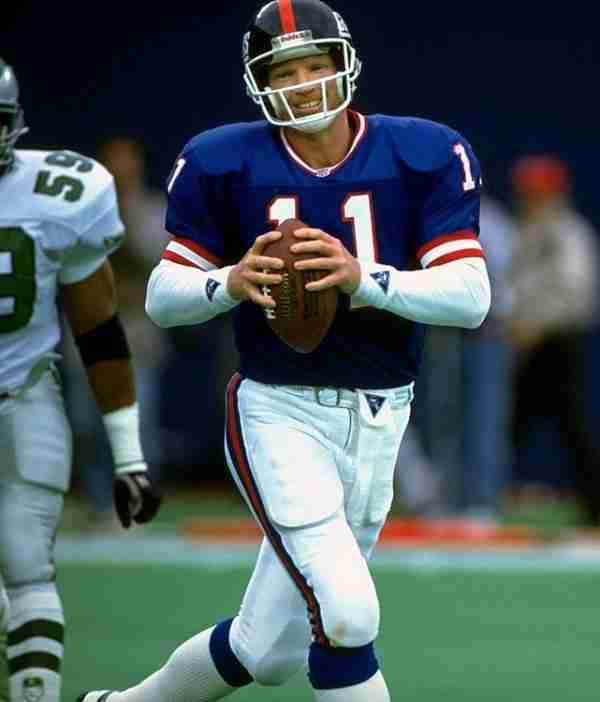 
Simms has been called overrated and underrated at various times in his career.  Regardless of how he is rated, anyone with a Super Bowl Ring as a Quarterback though has to be considered a candidate for the Football Hall of Fame.

Should Phil Simms be in the Hall of Fame?

Should Phil Simms be in the Hall of Fame?

+1 #10 Dura Saxon 2020-02-19 09:25
I don't person you like Phil Simms and I don't think Phil Simms likes me. He what's the next turn quarterback on a defensive-or iented run-oriented team.
Maddie's these to shine as completely as you did as a winning quarterback and a quarterback that could throw strikes into the end zone to a less-than-st ellar receiving Corps but one that was effective at what it did.
Mark Bavaro should also probably be in the Hall of Fame.
So in my final analysis Phil Simms is a Hall of Fame quarterback.
Quote
0 #9 Mr. Dunwich 2017-06-26 23:31
While it is true that Simms had one of the greatest post-season runs of all-time (1986), the rest of his career is uninspired. While I have never put too much stock in Pro Bowls (too much biased voting), it is still telling that he only went to two of them.
Further, under Parcells the Giants had an incredible defense, maybe not quite legendary overall, but still excellent.
Speaking of that 1986 post-season run, the Giants held the 49'ers to 3 points, the Redskins to 0 points, and the Broncos to 20 points. With defenses as capable as this, any average quarterback can win most of the time.
That is exactly what Simms was; average.

simms while a good QB did not play in that 2nd super bowl.He is not hall of fame material.He is also a lousy announcer.why does he always have to say the football instead of just ball.

Yeah, but he led the Giants to an 11-3 record beforehand, practically giftwrapping a playoff berth. Could Hostetler have done that? History says no.
Quote
-4 #7 mack 3 2015-11-29 22:06
simms while a good QB did not play in that 2nd super bowl.He is not hall of fame material.He is also a lousy announcer.wh y does he always have to say the football instead of just ball.
Quote
-6 #6 Urasmus B. Dragon 2015-02-07 20:16
Phil Simms was the greatest quarterback of all time and should definitely be in the Pro Football Hall of Fame!
Quote
-5 #5 DAC 2014-01-28 00:39
Sims was left on the bench for that second SB ring, though he was healthy. Hostetler was the QB who actually played in the game.
Quote
+2 #4 Matt Bird 2013-06-25 01:05
Simms made the Pro Bowl twice, and the second one was marginal. He was never, ever mentioned among the best at his position and any point in his career. A nice quarterback that most teams would have killed to have had, but when the Giants won back then, he wasn't why.
Quote
+7 #3 Bill 2013-02-03 03:40
Simms was having an awesome year, then got hurt. They would not have needed a last second missed FG. They would have crushed both SF and the Bills. The man has Never had a pro bowl wide receiver to throw to, played for a running team and is currently 24 all time passing yardage. He was tough as nails and should definitely have a Hall of fame plaque in Canton.
Quote
-4 #2 rightoffthecliff 2012-11-24 14:15
simms would have been devoured by bills defense. he was a statue with no ability to deal with a pass rush. if he has any chance at the hall of fame it's because he didn't play in super bowl 25. hostetler made plays in that game simms couldn't make in 1000 years. in fact, if phil had played against the niners in nfc champ. game, the giants don't even get to the super bowl.
Quote
+3 #1 Robert 2012-07-14 18:50
Watching SB 25 hurts him a lot. If he'd played and won, he would probably be in already. My respect for Simms is in that he played in that horrible, windy stadium and was pretty accurate anyway.
Quote
Refresh comments list
RSS feed for comments to this post