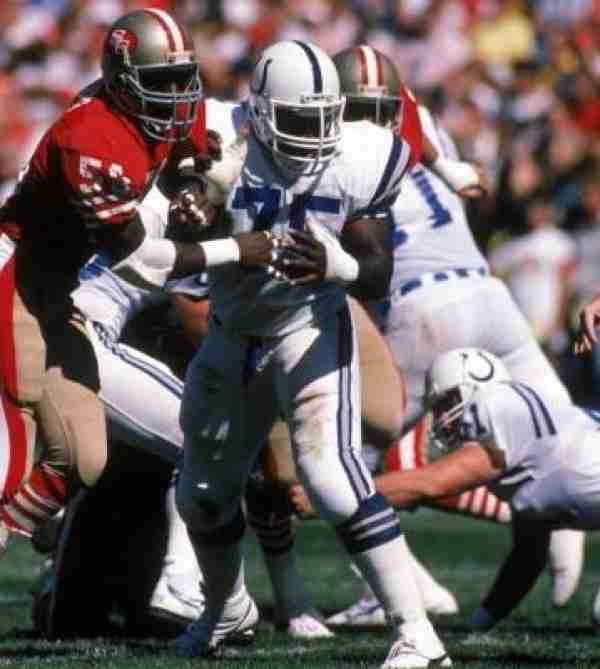 
Baltimore would soon relocate to Indianapolis, and though the Colts weren’t very good at the time, Chris Hinton gave them a great piece to build an offensive line around.  Later in his career as an Atlanta Falcon, he would continue his Pro Bowl ways and secure his first and only First Team All-Pro Selection in 1993.

Chris Hinton has the distinction of being the first man named to the Colts Ring of Honor who played his career (predominantly) in Indianapolis.  It was an accolade that was well deserved.

Should Chris Hinton be in the Hall of Fame?

Should Chris Hinton be in the Hall of Fame?

+2 #1 bengalfaninIN 2014-09-26 21:57
Hinton was amazing, awesome. Truly a rock at tackle, of course often in a losing cause, on terrible teams. That doesn't diminish the fact that he was a beast. Great strength, technique and durability.
Quote
Refresh comments list
RSS feed for comments to this post