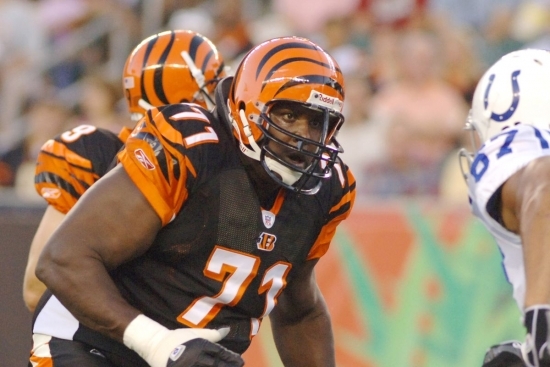 Willie Anderson came into the National Football League with high expectations when he was drafted 10th Overall by the Cincinnati Bengals in 1996.  Arguably, it took Anderson awhile before he lived up to what was hoped for him, but the Offensive Tackle may very well have exceeded expectations when it was all said and done.

From 2003 to 2006, Anderson was named to the Pro Bowl, with the latter three seasons seeing him earn First Team All-Pro honors.  He would be named to the Cincinnati Bengals top 50 Players when the franchise celebrated their half-century Anniversary.

Should Willie Anderson be in the Hall of Fame?