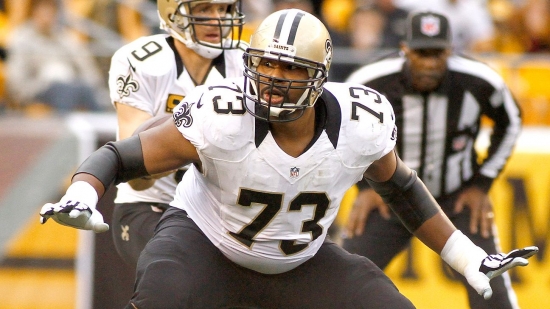 Jahri Evans was unique in that he did not play competitive football until he was in high school, and what a career he would have!

Evans was a Fourth Round Pick from Bloomsburg University in 2006 by the New Orleans Saints.  He played at Right Guard, winning the starting role in training camp.  Part of the New Orleans Saints Super Bowl XLIV Championship Team, Evans was with the Saints for 11 years and was a six-time Pro Bowl and four-time First Team All-Pro and was named to the 2010's All-Decade Team.

Overall, Evans started all 183 of his NFL Games, an incredible feat from a terrific football player.

Should Jahri Evans be in the Hall of Fame?