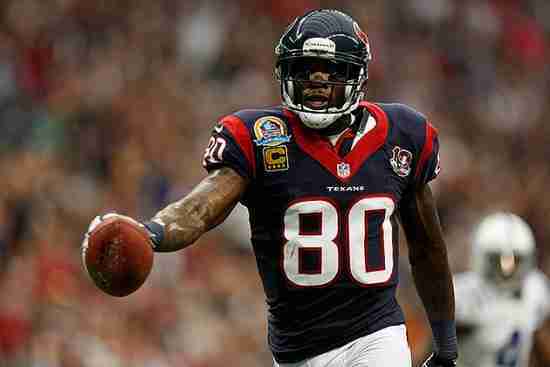 While the Houston Texans are still a young franchise, it shouldn’t be argued that the first major offensive star with Hall of Fame credentials would be Andre Johnson.


The third overall pick from the 2003 Draft was 24 yards shy of the four-digit mark in his rookie year but was a Pro Bowl selection in 2004 with his first 1,000 Yards Receiving season.  Johnson would lead in Receptions in 2006 and in 2008 and 2009 he would be the NFL leader in Receiving Yards.  Johnson holds every important receiving record for the Texans and will likely have them for years to come.  He could very well be the first Texan to enter the Pro Football Hall of Fame and at the time of his retirement, he was ranked 11th in Receptions and Receiving Yards.

What is also notable is that Johnson is a three-time NFL alumni Wide Receiver of the Year.  Any player who has that type of respect from his peers has to be considered a contender for Canton.

Should Andre Johson be in the Hall of Fame?