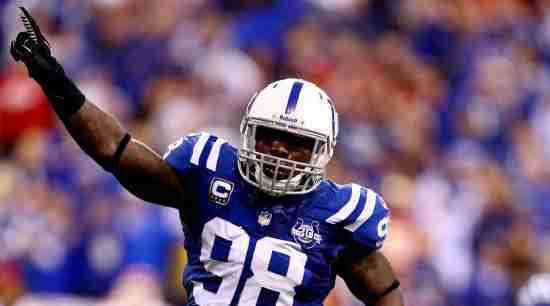 A member of the 100 Sack club, Robert Mathis proved time and time over his career that he was a certified beast on the pass rush.


Following a season where he was a vital part of a Colts defense that would win Super Bowl XLI, Mathis would be named to six consecutive Pro Bowls culminating in 2013 where he would be named the AFC Defensive Player of the Year and lead the NFL in Sacks.

In a career spent entirely with the Indianapolis Colts, Mathis would net 123 Sacks with 527 Tackles.

Should Robert Mathis be in the Hall of Fame?