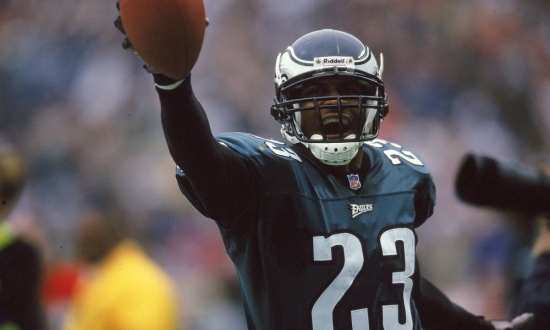 A defensive superstar from the University of Wisconsin, the Miami Dolphins, drafted Troy Vincent 7th Overall in 1992.  Vincent would immediately become the starting Left Cornerback and played well for Miami in the four seasons he was there.  That was a good start, but it was later as a Philadelphia Eagle where he shined.

With Philadelphia, Vincent was chosen for five straight Pro Bowls (1999-03) and was a First Team All-Pro in 2002.  That year he was also named the Walter Payton Man of the Year, a testament to the character he showed on and off the field.  Vincent would finish his career with 47 Interceptions.

Should Troy Vincent be in the Hall of Fame?