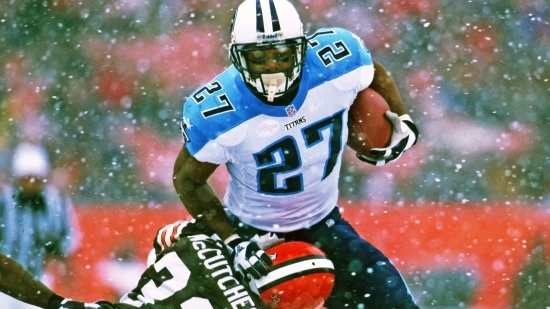 Eddie George broke out as an upper-end Running Back immediately as the former Ohio State Buckeye won the Offensive Rookie of the Year Award in the last year of the Houston Oilers' existence (1996).  That year, he rushed for 1,368 Yards, but that wasn't just the beginning, it was a pattern.

George relocated with the team to Tennessee, and the now named Titans inherited a star rusher.  From 1997 to 2000, George was a Pro Bowl Selection, and the lowest yard tally he had on the ground was 1,294.  His best year was in 2000, where he had a career-high 1,509 Rushing Yards, led the NFL in Touches (453), and for the first and only time was a First Team All-Pro.

While this was the end of George's Pro Bowl years, he still had plenty of production in him as he would accrue two more 1,000 Rushing Yard seasons.  He would retire with 10,441 Rushing Yards with 78 total Touchdowns.

Should Eddie George be in the Hall of Fame?