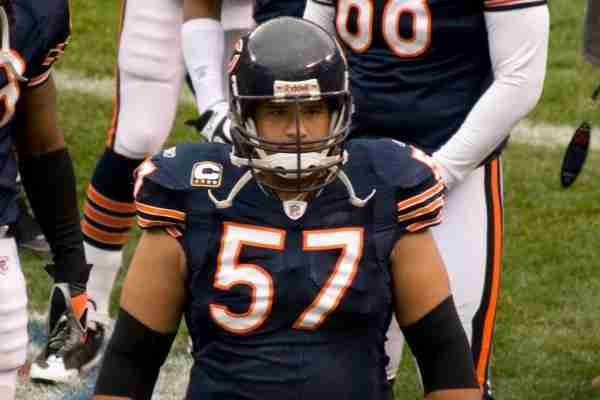 Spending all but one of his professional seasons with the Chicago Bears, Olin Kreutz was chosen to represent Chicago six consecutive seasons in the Pro Bowl. The former Center was a mainstay on Chicago’s Offensive Line for years and was selected to the NFL 2000’s All Decade Team. As a star Center, he might have an interesting case for the Professional Football Hall of Fame.