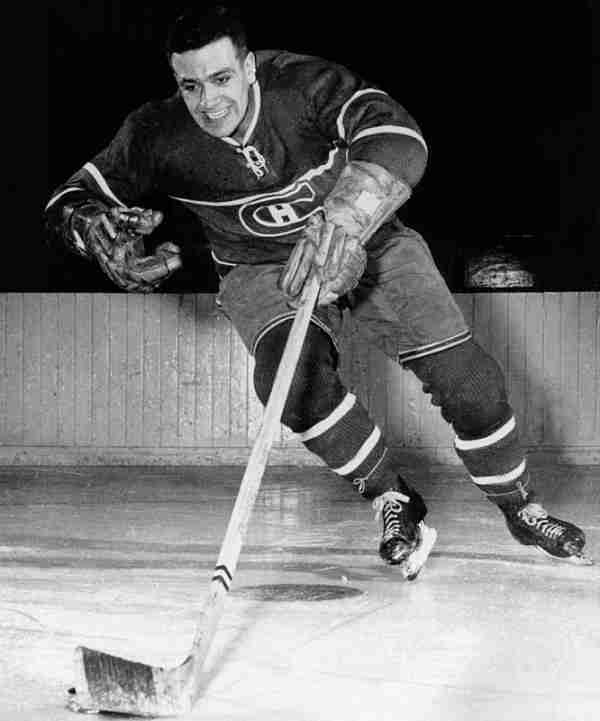 Named “Boom Boom” for his powerful shot and feisty temperament, Bernie Geoffrion, was a Hall of Fame Right Winger who always seemed to be in the shadow of others while playing for the Montreal Canadians. Nowhere could that statement be more accurate when looking at one of Geoffrion’s first scoring title, whereby his own fans booed him when he passed teammate Maurice “Rocket” Richard when the latter was suspended by NHL President, Clarence Campbell for the remainder of the 1955 season.


Geoffrion would again win the scoring title in 1961, though this time he received a standing ovation from the Montreal faithful. He would become the second player in NHL history to hit the 50 goal mark per season; ironically after Richard did it first. That year, Bernie Geoffrion won the Hart Trophy and would finish his career as an eleven time All Star Game participant. “Boom Boom” may have always been in the shadow of players like Beliveau and Richard, but he was a big part of his team’s success throughout his career. Coincidentally, he went into the Hall the same year as Jean Beliveau, who was fast tracked into the Hall.

Should Bernie Geoffrion be in the Hall of Fame?