Menu
Sign Up
A+ A A-
Hockey Hall of Fame inductee and five time Stanley Cup Champion, Bert Olmstead, passed away today at the age of 89.

Olmstead officially made the National Hockey League in 1949 as a member of the Chicago Blackhawks but it was a trade to the Montreal Canadians where the left winger would really blossom.  In the 1950’s, Olmstead would help the Habs win four Cups and would lead the NHL in Assists twice.  He would also be named a Second Team All Star two times.

Olmstead would retire with 602 career points over 848 NHL games.

We here at Notinhalloffame.com would like to extend our condolences to the friends and family of Bert Olmstead at this time. 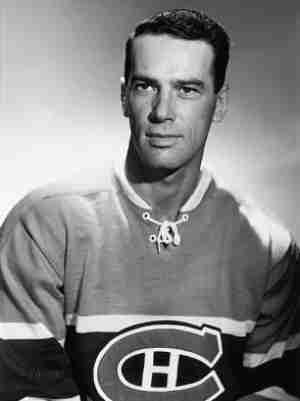 A star Left Wing with the Montreal Canadians, Bert Olmstead did not always receive a lot of the same accolades that his star teammates did, but within the locker room, his worth was well known. Olmstead was not necessarily a good goal scorer, but we was a brilliant passer (he led the NHL in assists twice) and was a very good checker and his tenacious play in the corners gave him the nickname of “Dirty Bertie”. His legacy may not have been one as the greatest player in hockey history, but one who found a way to achieve the maximum of efficiency with the skills that he did have. It inspired the players around him, and freed the coaches to concentrate on other players as Olmstead was considered to be a player who coaches did not need to help out. Overall, Olmstead was a Second Team All Star twice, and a five time Cup winner (four with Montreal and once with Toronto) and had a resume that probably could have gotten him in the Hall a couple of years sooner than he did.