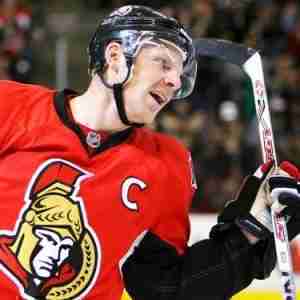 Arguably the best player ever in the second incarnation of the Ottawa Senators, Daniel Alfredsson’s feistiness and skill made you love him if you were a fan of the Sens and despise him if you rooted against Ottawa (AKA, the Toronto Maple Leafs).  The Swedish born star won the Calder trophy and became a consistent scorer in the NHL. Alfredsson may have been to six All Star games, but with a lone post season All Star Team nod (2nd team 2006), Alfredsson may be considered one of the best of the second tier of elite players of his era.  If that is the correct perception, he is on the wrong side of the HOF fence.