We have updated our Hockey List: Alexander Mogilny now #1 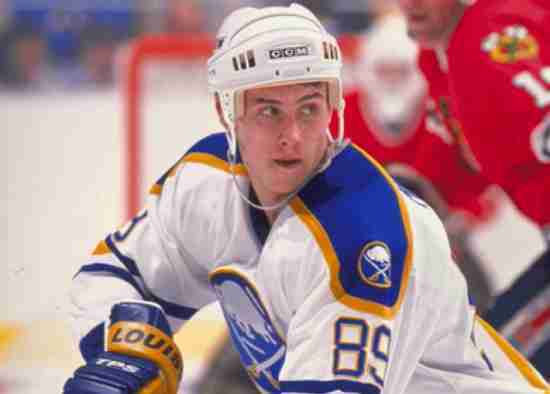 As always we here at Notinhalloffame.com remain focused on our core lists of which those who are not in the Hockey Hall of Fame is one. We have now updated that list and have expanded it to 125, with an intention to grow it to 150 in the fall of the year.

Two names were removed from our list, Martin Brodeur (#1) and Martin St. Louis (#3) as both were chosen for the Hockey Hall of Fame in their first year of eligibility and as such we again have a new number one on our list. Every year we have new entries of former players who are now eligible for the Hockey Hall of Fame but for the first time none of the new entries crack our top ten.

Our entire Notinhalloffame.com Hockey List can be found here, but in the meantime here is our new Top Ten:

Alexander Mogilny goes to #1 for the first time and jumped from #4. In the 1992-93 season, “Alexander the Great” scored 76 Goals and he was a two time Second Team All Star as well a six time All Star. Mogilny would win an Olympic Gold Medal in 1988 with the Soviet Union and a Stanley Cup with the New Jersey Devils in 2000.

Don Cherry stays at #2. While the dynamic personality remains polarizing there is no doubt that he is an iconic figure in the game. The host of “Coach’s Corner” is a former Jack Adams Trophy winner himself.

Theoren Fleury moved up from #5 to #3. Fleury was a seven time All Star who led the Calgary Flames to the Stanley Cup in 1989. He is also an Olympic Gold Medalist with Team Canada in 2002.

Daniel Alfredsson went up three spots from #7 to #4. Alfredsson was a six time All Star who spent the majority of his career with the Ottawa Senators. He was an Olympic Gold Medalist for Team Sweden in 2006.

Bernie Nicholls only went up one rank to #5. Nicholls scored 150 Points for Los Angeles in the 1988-89 season and had over 1,200 overall. Nicholls was a three time All Star.

Jeremy Roenick climbed from #8 to #6. Roenick is the highest ranked American on our list and he is a nine time All Star. He is a member of the 1,200 Point Club.

Pierre Turgeon also had a significant jump as he went from #10 to #7. Turgeon has the most Points on this list with 1,327 and he is a four time All Star. He also won the Lady Byng Trophy in the 1992-93 season.

John LeClair rose from #9 to #8. LeClair does not have the accumulation that others in the top ten does but he had a five year run with the Philadelphia Flyers where he was named a post season All Star. He was also a two time Olympian for the United States.

Mike Richter remains the highest ranked netminder but hits the top ten for the first time with an increase in rank from #11 to #9. This marks the third American in a row on our list. Richter is a three time All Star, a Stanley Cup winner with the New York Rangers (1994) and a World Cup of Hockey Champion (1996) where he was the MVP.

Claude Provost also hit the top ten for the first time as he moved #13 to #10.   Provost is one of the most decorated players of all time as he is an eleven time All Star and nine time Stanley Cup Champion in a career spent entirely with the Montreal Canadiens.

While there are no new members in the top ten list, we do have two new entries to the top twenty-five.

Vincent LeCavalier debuts at #15. The four time All Star took Tampa Bay to their first and only Stanley Cup in 2004, which was the same year he helped Canada win the World Cup. Three years later he won the Maurice Richard Trophy.

Brad Richards makes his first appearance at #21. Like LeCavalier, Richards played on Tampa Bay’s Stanley Cup championship team and Team Canada’s World Cup win in 2004. Richard only went to one All Star Game but he was the Conn Smythe Trophy winner in ’04.

As we stated earlier, our list expanded to 125 and as such we have a lot of new entries who have been eligible before.

Milan Hejduk #89. Hejduk helped the Colorado Avalanche win the Stanley Cup in 2001 and was a Second Team All Star and Maurice Richard Trophy winner in the 2002-03 Season. He also won the Olympic Gold Medal with the Czech Republic in 1998.

John Ross Roach #97. Roach was a First Team All Star in the 1932-33 season, nearly a decade after he backstopped the Toronto St. Pats to a Stanley Cup.

Steve Duchesne #98. Duchesne was a three time All Star Defenseman who scored 752 Points. He would win a Stanley Cup late in his career with the Detroit Red Wings in 2002.

Bill White #101. White went to six All Star Games in a career spend predominantly with the Chicago Blackhawks. White was also a Second Team All Star three years in a row from the 1971-72 season to 1973-74)

Teppo Numminen #103. Numminen was a three time NHL All Star who represented Finland multiple times including winning two Silver Medals in the Olympics.

Ziggy Palffy #104. Palffy was a three time All Star who finished in the top five in Goals twice. He represented Slovakia internationally on multiple occasions.

Jean Guy Talbot #105 . Talbot was a six time All Star and seven time Stanley Cup Champion with the Montreal Canadiens seven times. He was also a First Team All Star in the 1961-62 Season.

James Patrick #107. Patrick played 1,280 Games in the NHL and was a workhorse in the game.

Kimmo Timonen #108. Timonen was a three time NHL All Star and was a Stanley Cup Champion with the Chicago Blackhawks (2015) and a four time Olympic Medalist with Finland.

Al Rollins #111. Rollins is one of the few players to have won the Hart Trophy (1954) and to not be in the Hockey Hall of Fame. He also won the Vezina Trophy in 1951, the same season he helped the Toronto Maple Leafs win the Stanley Cup.

Pat Stapleton #114. Stapleton was a three time Second Team All Star and three time All Star who would later be the Defenceman of the Year in the WHA.

Pit Martin #116. Martin was a four time All Star during his stint with the Chicago Blackhawks and would later win the Bill Masterton Trophy in 1970.

Glenn Resch #120. Resch was a three time All Star who would also be named a Second Team All Star twice. He was a part of the New York Islanders first Stanley Cup win in 1980.

Vic Hadfield #121. Hadfield was a famous New York Ranger who went to two All Star Games and he was also a one time Second Team All Star.

Bob Baun #123. Baun starred for the Toronto Maple Leafs where he would help the buds win four Stanley Cups.

Brad McCrimmon #125. McCrimmon was a Second Team All Star in 1988 in the same year he helped the Calgary Flames win the Stanley Cup.

Please note that we only rank former male players and at this time (with the exception of Don Cherry) we do not rank coaches, builders or former female players. We might create separate lists for that in the future.

Look for this list to expand to 150 in a few months.

As always we here at Notinhalloffame.com encourage all of you to take a look at our updates and give us your opinions and cast your votes.