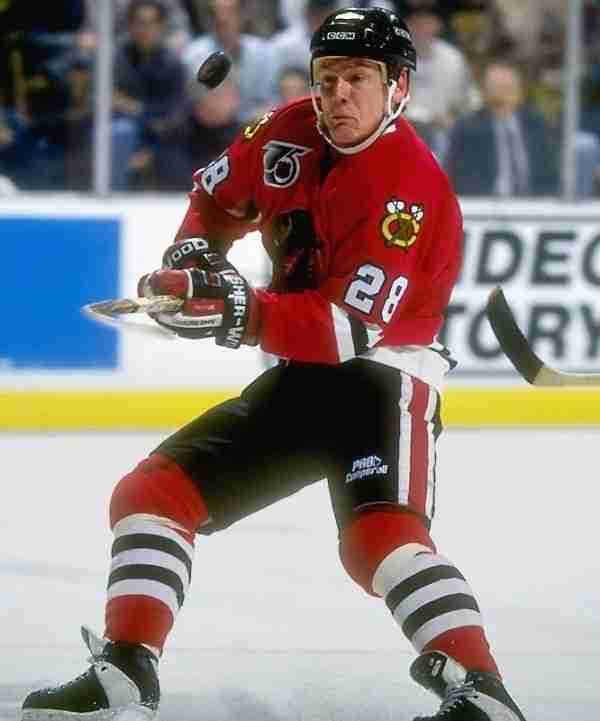 During the 1980s and early ’90s, Steve Larmer was a vital cog in the Chicago Black Hawks organization. He won the Calder trophy in 1983 and as a ten-year member of the Black Hawks was a model of consistency and durability. While averaging a point a game, Larmer went on a streak of playing in 884 straight games and could have had a shot to break the all-time record held by Doug Jarvis had a contract dispute not gotten in the way. Steve Larmer was not someone you would get an exciting sound bite on, so when he did have criticisms to say people took notice. It wasn’t often that the man known for his class to seek the spotlight but when he did it was usually due to a strong conviction on his part. He retired when he felt he could no longer be the consistent player he once was and he easily could have padded more statistics had he chose to keep playing a few more years.

Larmer did achieve a few highlights, winning the Stanley Cup with the Rangers and scoring six goals in the 1991 Canada Cup, though that may not be enough to get him into the Hall. Even if he did get in, the acceptance speech of Steve Larmer would be a quiet one.

Should Steve Larmer be in the Hall of Fame?

Should Steve Larmer be in the Hall of Fame?

+1 #1 P Smith 2012-12-15 14:22
If Larmer had broken Doug Jarvis's iron man record, he would already be in the hall. Statisticall y, there's no other reason to keep him out.
Quote
Refresh comments list
RSS feed for comments to this post