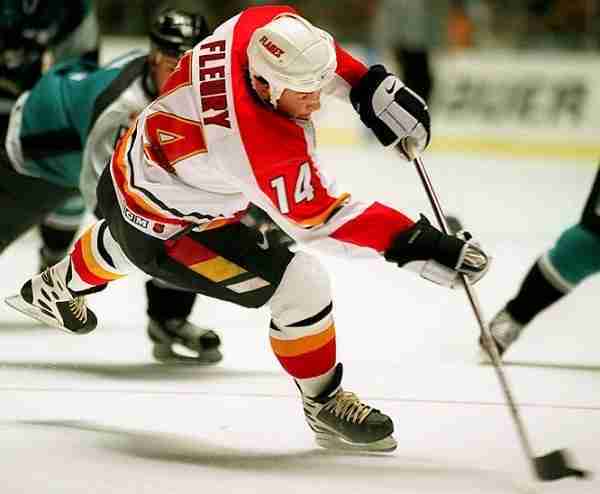 Is it possible to be one of the more inspirational players in hockey history yet have a career that is a somewhat cautionary tale to young players? With Theoren Fleury the answer appears to be yes.


At 5 ft 6, Fleury wasn’t supposed to make the NHL, let alone score over 1,000 points in the elite professional league in Hockey. He overcame those odds and not only was he among the smallest players in the league (at times he was in fact the shortest), he was constantly among the elite. He was scrappy and feisty and his never say die attitude was inspirational to smaller players who wanted to compete. Perhaps with a bit of a Napoleon Complex, Fleury was a constant agitator and was a scorer who spent his fair share of time in the penalty box.

Theoren Fleury was not just battling larger foes on the ice. He battled alcohol and drug addictions and even though he had a very long and productive career, many have said that it could have been extended had been able to conquer his demons. Currently, Fleury seems to have gotten his life back in order and as such, could become an inspirational figure again. If voters concentrate on his work in the rink and not his problems off of it, the scrappy Saskatchewan native could very well be enshrined.

Should Theoren Fleury be in the Hall of Fame?

Should Theoren Fleury be in the Hall of Fame?

+7 #1 Mike Riggs 2013-02-12 07:18
Theo's stats should also include he is the only player in NHL history to score a short handed Hat Trick
Quote
Refresh comments list
RSS feed for comments to this post