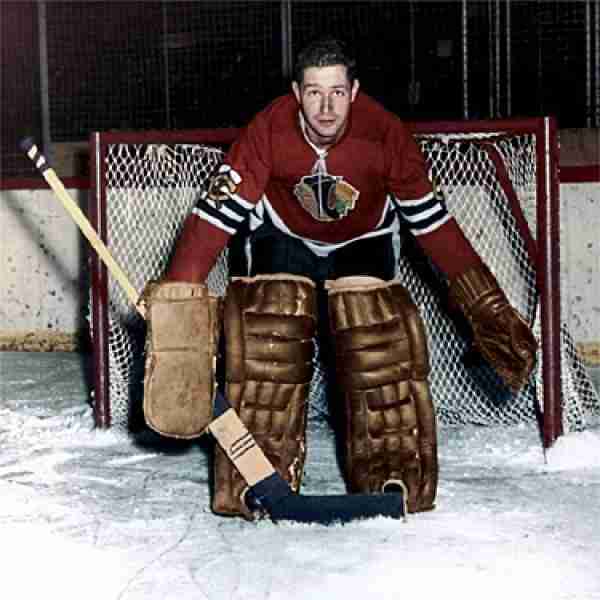 Unarguably one of the greatest Goaltenders in the history of professional Hockey, it should come as no surprise that Glenn Hall is one of the most decorated. Dubbed, “Mr. Goalie”, Hall was a consistent force between the pipes, raising the levels of teams (see the St. Louis Blues in the late 60’s) that may not have been a Cup contender without him.

Hall rarely missed a game, and also rarely missed the opportunity to throw up before a contest! His teammates in fact joked that the bucket he used to throw up in should be in the Hall of Fame (now maybe there should be some sort of non-essential sporting device HOF?). Overall, Glenn Hall would win three Vezina Trophies, A Stanley Cup, Seven First Team All Star selections and would play in 13 All Star Games; though again it was that freakish consistency that made him such a special player. Despite being out of Hockey for more than four decades, Glenn Hall remains in the top ten in career wins and shutouts, and as the man who perfected the “butterfly” style of goaltending; his blueprint remains required text for aspiring netminders. Glenn Hall is not just a Hall of Famer, he is an institution.

Should Glenn Hall be in the Hall of Fame?