The 2023 Baseball Hall of Fame Ballot is out! 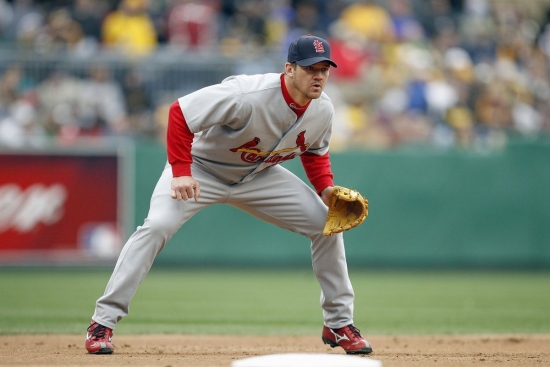 The ballot is now official!

The Baseball Hall of Fame has announced the 24 men who comprise the ballot for their 2023 Hall of Fame Class.

To make the Hall of Fame, the former player must obtain at least 75% of the vote from the voting body.  If a player has at least 5% they can remain on the ballot for the following year, however, a candidate can only stay on the ballot for ten years.

First, here are the returning candidates:

Scott Rolen is the highest returning candidate.  Rolen was fourth in voting last year, with David Ortiz, Barry Bonds and Roger Clemens finishing ahead of him.  With Ortiz elected, and Bonds and Clemens aging off the ballot, Rolen has an excellent chance to crack 75 percent, which is possible based on last year’s 63.2.  This is his Rolen’s sixth ballot and he is ranked #34 on Notinhalloffame.com.

Todd Helton was sixth in voting last year, behind the above four discussed and Curt Schilling, who like Bonds and Clemens, have also aged off the ticket.  The career-Colorado Rockies star, is on his fifth ballot, and it would not be a big surprise if he makes the leap needed from 52% to make it to Cooperstown this year.  Helton is ranked #11 on Notinhalloffame.com, and is the second highest ranked player on our list on this ballot.

Billy Wagner has been steadily climbing and last year he broke the 50% plateau with 51.  The top closer on this ballot, Wagner might not make the jump to 75, but he could be the biggest beneficiary of the clearing of Bonds, Clemens and Schilling.  He is ranked #41 on Notinhalloffame.com.

Andruw Jones enters his fifth ballot, and like most, is coming off his highest vote tally, a 41.4% finish in 2022.  The long-time Brave Outfielder, had less than 10% in his first two years, and if he gets in one day, it will be one of the most dramatic vote elevations in Hall history.  Jones is ranked #38 on Notinhalloffame.com.

Gary Sheffield is running out of time on his ninth ballot, and while he has the stats, he is under a PED cloud.  He did break 40% last year (40.6), giving some hope.  Sheffield is ranked #22 on Notinhalloffame.com.

Alex Rodriguez is the most controversial person on the ballot, as he WAS suspended for PEDs, but it is still one of the most accomplished baseball players that ever lived.  A-Rod debuted last year with 34.3%, but what do you with someone who echoes those you kept out?  Rodriguez is our highest ranked player on the ballot at #3.

Jeff Kent is in the “now or never” year with his tenth and final appearance on the ballot, and though his 32.7% in 2022 was his highest, it was only marginally better than 2021’s 32.3%.  It does not look good for the former MVP, who will likely have to hope for a Senior ballot, which even then, he might not make.  Kent is ranked on Notinhalloffame.com at #50.

Manny Ramirez, who like Rodriguez has the stats but the PED suspension is on ballot number seven.  The former Red Sox star had 28.9 percent last year, which while it is highest total, it is not much better than the 23.8% he had on his first try.  Ramirez is ranked #9 on Notinhalloffame.com.

Omar Vizquel plummeted to 23.9% after domestic violence allegations emerged, and that is his LOWEST tally over his five years on the ballot!  This doesn’t happen, especially considering he was over 50% two years ago.  This could be the biggest drop off of any legitimate Hall of Fame contender regardless of the sport.  Vizquel is ranked #49 on Notinhalloffame.com.

Andy Pettitte continues to cling to life on the ballot, entering his fifth year, with a 10.7% last year.  He is ranked #39 on Notinhalloffame.com.

Jimmy Rollins returns to his second ballot, after a 9.4% finish last year.  He is ranked #110 on Notinhalloffame.com.

Bobby Abreu has not done well on the HOF ballots, but he is still here!  Finishing with 8.6% last year, he has yet to have a double-digit vote percentage, but is still alive.  He is ranked #77 on Notinhalloffame.com.

Mark Buehrle enters his third year of eligibility but has never breached double digits on a Hall of Fame ballot.  The Pitcher had 5.8% last year and is ranked #79 on Notinhalloffame.com.

Torii Hunter is also in his third year on the ballot, and like Buehrle, he has not reached 10 percent as of yet.  Hunter is ranked #194 on Notinhalloffame.com.

Here are the first ballot entrants:

Bronson Arroyo:  Arroyo played 16 seasons, most notably with the Cincinnati Reds where the Starting Pitcher was an All-Star in 2006.  He was also a member of Boston’s 2004 World Series winning team, and he had a lifetime record of 148-137 and 1,571 Strikeouts.  Unranked on Notinhalloffame.com.

Carlos Beltran:  Beltan is the strongest first ballot candidate by far, with a resume of 435 Home Runs, 2,725 Hits and a bWAR just over 70.  A nine-time All-Star, two-time Silver Slugger and Rookie of the Year, Beltran won a World Series in his swansong season in 2017 with Houston, but was also saddled with a cheating scandal for that win that cost him a managerial job with the Mets.

Matt Cain:  Cain had a career record of 104-118 who went to three All-Star Games and won two World Series Rings in a career spent entirely with San Francisco.

Jacoby Ellsbury:  Ellsbury won two World Series Rings with the Red Sox and was a one-time All-Star at Centerfield.  He had 1,376 Hits.

Andre Ethier:  Ethier played his entire career with the Dodgers, going to two All-Star Games, while adding a Silver Slugger and a Gold Glove.  He had 162 Home Runs with 1,367 Hits.

Mike Napoli:  Napoli won a World Series Championship with the Red Sox in 2013, was a one-time All-Star and smacked 267 Home Runs.

Francisco Rodriguez:  Rodriguez won the World Series in an electric playoff with the Angels before he was technically a rookie, and he would later be a six-time All-Star and three-time Saves leader.  He had 437 career Saves.

Huston Street:  Street was the 2005 American League Rookie of the Year and the closer would also go to two All-Star Games.  He had 324 Saves.

Jared Weaver:  Weaver went to three All-Star Games and had a 150-98 record with 1,621 Strikeouts.  He twice led the AL Wins, and played all but one season with the Angels.

Jayson Werth:  Werth was on Philadelphia’s 2008 World Series Championship Team and was an All-Star the year after.  He had 229 Home Runs with 1,465 Hits.

The following names who were eligible for the first time this year, were not included:

You know that we will be paying attention, and we are excited to see how this pans out.

Kirk Buchner, "The Committee Chairman", is the owner and operator of the site.  Kirk can be contacted at [email protected] . Email This email address is being protected from spambots. You need JavaScript enabled to view it.
More in this category: « Our 2027 Football Futures section is now up! The Pro Football Hall of Fame announces the 2023 Semi-Finalists »