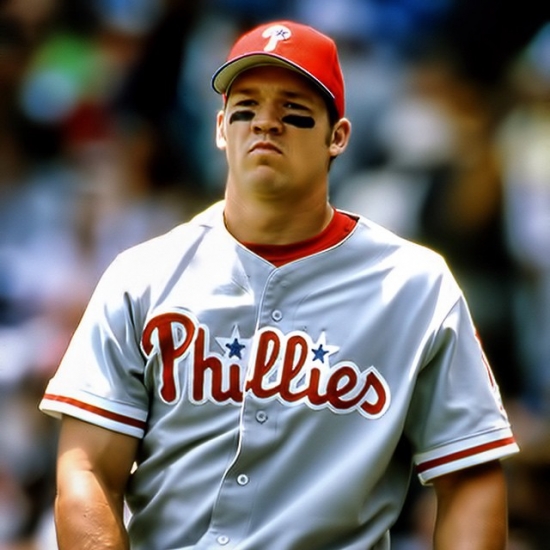 This by far is the most interesting ranking on the list of top 50 Philadelphia Phillies.

How cannot it not be?

Scott Rolen was a multi-time All Star with the St. Louis Cardinals who would help the Redbirds with the World Series in 2006 while finishing 4th in MVP voting in 2004, which was by far his highest finish.  This is compared to the 1 All Star appearance for Philadelphia and no campaign where he was considered for the MVP.  Basically we are saying that while Rolen will be known as Cardinal and received more accolades he was actually more productive as a Phillie and exceeded his St. Louis run in both traditional and advanced metrics.

Focusing on what he accomplished in Philadelphia, Rolen was the 1997 Rookie of the Year and was a four time Gold Glove and one time Silver Slugger who had 880 Hits with 150 Home Runs.  Rolen would have a had lot more for the team but frustration over the team’s direction and Manager (Larry Bowa) would see him ask for a trade, which was granted when he was shipped to St. Louis midway through the 2002 season.