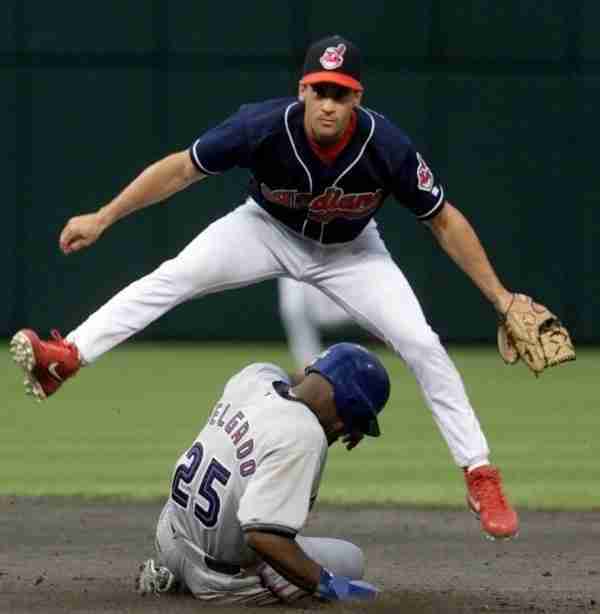 Omar Vizquel was considered one of the best defensive Shortstops of all time, earning eleven Gold Gloves and posting a career Defensive bWAR that is ranked in the top ten time.


This isn’t to say that Vizquel couldn’t provide assistance with his offense.  The Shortstop had 2,877 career hits in a career that saw him play until he was 45 years old.  He also had 279 career Stolen Bases but what holds him back is a low On Base Percentage (.336) and lack of a power game.  Advanced metrics don’t help him (offensively anyway) but in his prime (and evidently well past it) this was a player that teams wanted on their roster.

Following his retirement, Vizquel was involved in a domestic violence scandal that shattered his chances and plummeted his votes.

Should Omar Vizquel be in the Hall of Fame?

Should Omar Vizquel be in the Hall of Fame?

Vizquel's long career coincided with the rise of the "super shortstops" modeled after Cal Ripken, whose career was winding up as Vizquel's was just starting, which means that he played in the same league as not only Ripken but also Tony Fernandez, Alan Trammell, Derek Jeter, Alex Rodriguez, Nomar Garciaparra, Miguel Tejada, and Michael Young, while the National League had Barry Larkin and then Jimmy Rollins and Troy Tulowitzki. (You could probably toss in Robin Yount although he'd moved to center field by the time Vizquel came up.)

This may help to explain, indirectly, why Vizquel's WAR is fairly low (45.3 bWAR, 42.6 fWAR): The overall caliber of replacement shortstops was higher in Vizquel's time than in Ozzie Smith's time, with Vizquel essentially a poor man's Smith. Smith was a better defensive shortstop--h is career Total Zone total fielding runs above average is 239 to Vizquel's 134, while Smith has the best defensive bWAR in MLB history, 43.4 to Vizquel's 28.4--althou gh Vizquel is hardly a slouch, and offensively they are a wash.

The big question is just how highly will BBWAA voters value defensive prowess and positional scarcity. Shortstop and catcher are the most challenging defensive positions and thus are the most valued. Vizquel has a warehouse full of highlight-re el plays in his corner, and his considerable fame as a defensive wizard precedes the discussion about his Hall credentials among voters, who are becoming savvier about the rise of advanced defensive metrics (although it is worth noting that Vizquel is the career leader in a more traditional stat: fielding percentage for a shortstop, with .985).

That aspect of fame may prove to be a critical factor: Alan Trammell spent 15 years on the ballot, but despite a latter-day push to make his case, he fell quite short of the threshold for election although a number of other factors may have contributed to that, including the ballot logjam that has affected several candidates.

On the other hand, Smith was a first-ballot inductee. I think Vizquel is going to fall somewhere in the middle: He won't be elected on his first ballot, but he will be elected on a subsequent ballot.

Ironically, despite modern metrics and the contemporari es who often overshadowed him, Vizquel actually resembles a shortstop from nearly a century earlier: Rabbit Maranville, whom BBWAA voters elected to the Hall although, sadly, his induction occurred a few months after his death. Vizquel is unlikely to experience that fate, but he will be joining Maranville in the Hall before his time on the ballot is done.
Quote
-1 #2 Michael tabor 38 2017-08-24 03:55
Kurt.
Your delusional! 15 golden Gloves? He was as good as Ozzie smith but better hitter!
#76??? Come on comitee!
He should be top 15
Quote
0 #1 Kurt 2015-06-09 17:10
He was never even close to being an elite player! He ended up getting a lot of hits because he played good defense for a long time. However, he was never elite - he only played in three All Star games and was received MVP votes one time, when he finished 16th.

Vizquel was never considered the best shortstop in his league or even on his own team in any year! He is definitely not worthy.
Quote
Refresh comments list
RSS feed for comments to this post