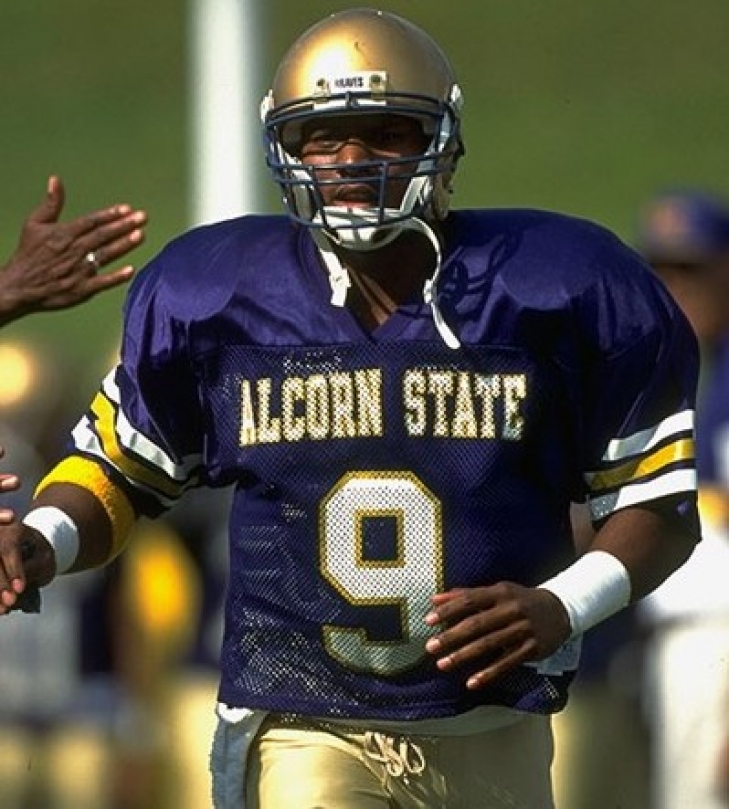 We have another huge day at Notinhalloffame.com as the College Football Hall of Fame has announced the Class of 2020.

Seventeen former players and two former Coaches will be induced on December 8, at the New York Hilton.  To become eligible as a player, that individual must have been a First Team All-American and have last played his college ball ten years ago.  In addition, they must have played their last year in college at least 50 years ago (1970.). As for the Coaches, they become eligible when three years after they retired or are 70 years old.

Lomas Brown:  Offensive Tackle, Florida (1981-84).  Brown was an All-American in 1984, which was the year he would win the Jacobs Blocking Trophy.  He was the anchor of the “Great Wall of Florida” Offensive Line, and he would help Florida win the 1983 Gator Bowl.  Professionally, he would be a seven-time Pro Bowl Selection and won a Super Bowl with the New York Giants (XXXVII).

Keith Byars:  Running Back, Ohio State (1982-85).  Byars had a phenomenal 1984 campaign where he finished first in the NCAA in Rushing Yards (1,746), All-Purpose Yards (2,441) and Points (144).  Byars was the runner-up for the Heisman that year and would win the Big Ten Player of the Year.  He would also take the Buckeyes to a Rose Bowl appearance.  Byars was a team captain the year after, and he went on to have a 13-year career in the NFL.  He would overall have 4,082 Yards from Scrimmage with 49 Touchdowns with Ohio State.

Eric Crouch:  Quarterback, Nebraska (1998-2001).  Crouch won the 2001 Heisman Trophy, and he made statistical history as the first Quarterback to throw for 4,000 Yards and rush for 3,000 Yards.  In 2001, Crouch led the Cornhuskers to the BCS National Championship Game, and he would win the Heisman Trophy, Walter Camp Player of the Year and the Davey O’Brien Award that year.  Crouch would be drafted in the NFL as a Wide Receiver, but he would never play a game in that league.  He did however play in NFL Europe and the CFL.

Eric Dickerson:  Running Back, SMU (1979-82).  The star of SMU’s famous “Pony Express”, Dickerson finished third in Heisman Trophy balloting in 1982, which would be the year he led them to a win in the Cotton Bowl.  The Running Back would go for 4,450 Yards as a Mustang and was twice named the Southwest Conference Player of the Year.  Dickerson would be drafted second overall in the 1983 Draft, and would go on to win four Rushing Titles and go to six Pro Bowls.  He was elected to the Pro Football Hall of Fame in 1999.

Glenn Dorsey:  Defensive Tackle, LSU (2004-07).  Dorsey would have a monster 2007 season, where the two-time All-American would win the Lombardi Trophy, Outland Trophy, Bronko Nagurski Trophy, Lott Trophy, and was the SEC Defensive Player of the Year.  The Defensive Tackle would anchor the Tigers to a BCS National Championship that same year.  Dorsey would play nine years in the NFL.

Jumbo Elliott:  Offensive Tackle, Michigan (1984-87).  Twice an All-American, Elliott was the Left Tackle on a powerful Wolverines team that finished #2 in the final poll in 1985 and owns a Fiesta Bowl win in 1986.     Elliott would later win a Super Bowl with the New York Giants (XXV) and was a one-time Pro Bowler.

Jason Hanson:  Place Kicker, Washington State (1988-91).  A two-time All-American, Hanson holds the record of 40 Yards plus Field Goals (39) and 50 Yards plus Field Goals (20).  He is also a four-time First Team All-Pac-10 Selection. Hanson would play in the NFL for 21 years, all of which were as a Detroit Lion.  He was twice named to the Pro Bowl

E.J. Henderson:  Linebacker, Maryland (1999-2002).  Henderson is the only player in Terrapin history to be a Consensus All-American in two seasons.  Henderson was a two-time ACC Defensive Player of the Year, one-time ACC Player of the Year, and in 2002, he won both the Bednarik Award and the Butkus Award.  He currently holds the record for Solo Tackles per Game (8.8) and single-season Solo Tackles (135).  Maryland won the Peach Bowl in 2002, and as a pro, he played nine years with the Minnesota Vikings.

E.J. Junior:  Defensive End, Alabama (1977-80).  Junior would win two NCAA Championships with the Crimson Tide (1978 & 1979), and over his college career, he only suffered four losses.  The Defensive End was a Lombardi Award Finalist, and would be part of a team that won three straight Sugar Bowls.  Junior would be a two-time Pro Bowler in the NFL.

Steve McNair:  Quarterback, Alcorn State (1991-94).  Alcorn won the 1994 Walter Payton Award as the best player in FCS and he was the second runner-up for the Heisman.  McNair’s combined 14,496 Passing Yards and 2,295 Rushing Yards are the most to this day of anyone in FCS.  He is also the only four-time SWAC Offensive Player of the Year.  As a pro, McNair went to three Pro Bowls and was the 2003 AP MVP.

Cade McNown:  Quarterback, UCLA (1995-98).  McNown is still the all-time leader in Passing Yards at UCLA (10,708), and in 1998, he was third in Heisman Trophy voting, and was a finalist for the Davey O’Brien Award.  McNown would win the Johnny Unitas Award and was the co-winner of the Pac-10 Player of the Year that year.  As a pro, he would only throw for 3,111 Yards.

Leslie O’Neal: Defensive Tackle, Oklahoma State (1982-85).  O’Neal was a consensus All-American twice, and is still the all-time leader in Sacks at Oklahoma State.  The Defensive Tackle racked up wins at the 1983 Bluebonnet Bowl and the 1984 Gator Bowl, and he was the 1984 Big Eight Defensive Player of the Year.  Professionally, he was in the NFL for 14 seasons and would go to the Pro Bowl six times.

Anthony Poindexter:  Defensive Back, Virginia (1995-98).  Poindexter was twice an All-American, and in 1998, he won the ACC Defensive Player of the Year.  That same year, he was a finalist for the Thorpe and Nagurski Award, and he helped the Cavaliers win the 1995 Peach Bowl.  He would later win a Super Bowl with the Baltimore Ravens in 2000.

David Pollack:  Defensive End, Georgia (2001-04).  Pollack was the second player in school history to be a two-time consensus All-American.  In 2004, he was a Bednarik Award, Rotary Lombardi Award, and Lott Impact Trophy and he was also the SEC Defensive Player of the Year.  He also won the Sugar Bowl with the Bulldogs in 2002.  His pro career would only last two years due to injury.

Michael Westbrook:  Wide Receiver, Colorado (1991-94).  An All-American in 1994, Westbrook would secure the most memorable catch in Buffaloes history when he caught a 64-yard Touchdown pass from Kordell Stewart to upset Michigan.  The Wide Receiver would win the Paul Warfield Trophy, and also took Colorado win the 1995 Fiesta Bowl.  He would have 2,548 Receiving Yards for the school.  Westbrook would play in the NFL for eight years and had 28 Touchdowns and 4,374 Yards.

Elmo Wright:  Wide Receiver, Houston (1968-70).  Wright would accrue 3,347 Receiving Yards with 34 Touchdowns and he still holds the school record in Yards per Reception (21.9)   Wright would later play five seasons in the NFL.

The College Football Hall of Fame is located in Atlanta, Georgia.

We here at Notinhalloffame.com would like to congratulate the impending members of the College Football Hall of Fame. 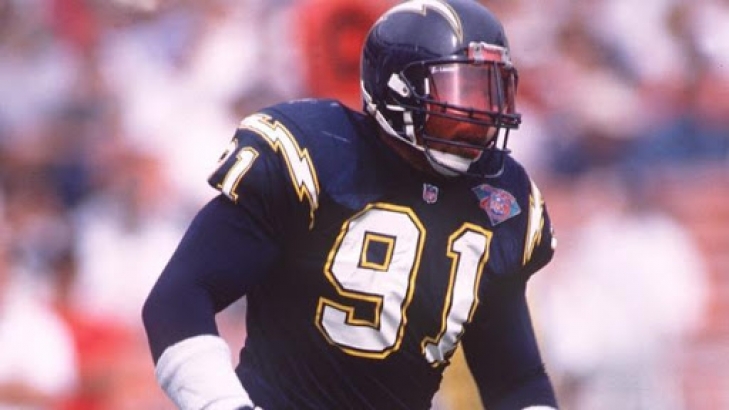 Leslie O'Neal had a phenomenal (or tragic) rookie season for the San Diego Chargers, who took the Oklahoma State Cowboy with their First Round Pick.  Not only was O'Neal an All-Rookie, but he was also named the Defensive Rookie of the Year.  However, it was equally tragic as he injured his knee, which ended not only that year, but the following season and half of the next one.