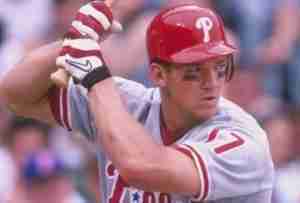 The 1997 National League Rookie of the Year, Scott Rolen, is in our eyes the most intriguing candidate of those eligible in 2018. Rolen was a very good hitter, who topped the 2,000 Hit and 300 Home Run mark in his career, played in seven All-Star Games and at first look would appear an outside looking in candidate for the Baseball Hall of Fame. He was considered a top Third Baseman for much of his career, both in terms of offense and defense, however there was only one season where he as a serious contender for the Most Valuable Player Award. Still, Rolen retired with an impressive career bWAR of 70.0, which places him in line for what the Hall looks for. Like we said, this is the one where the votes fascinate us the most!   Could this be a big win for the sabremetricians?