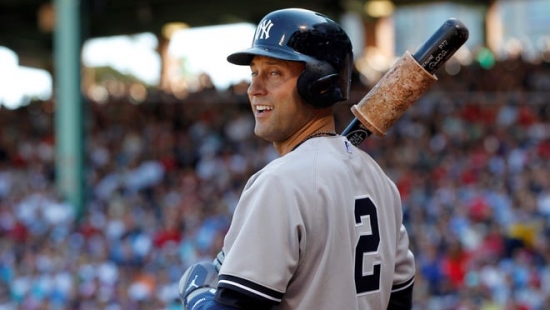 Baseball fans talk about this every day, and we now know who will comprise the Baseball Hall of Fame Class of 2020.

Let’s take a deep dive look into those chosen, those left off, and those who are off the ballot completely.

To the surprise of nobody, former New York Yankee infielder, Derek Jeter enters Cooperstown on his first year of eligibility.  Jeter entered on ___ of the ballot, and he joins his fellow career-Yankee, Mariano Rivera, as back-to-back first ballot Hall of famers.  Jeter would win five World Series Rings, was a 14-time All-Star, a five-time Silver Slugger, and he would accumulate 3,465 Hits, 260 Home Runs and a .310 Batting Average. Jeter was denied a unanimous vote as one voter elected not to put the x by his name.

So, what changed?  Part of it is a re-evaluation of the Coors Field effect.  Another part is that the backlog of players has cleared. Perhaps, the biggest part is the recognition that regardless of what diamond he played on, that this is a former MVP who was a bona fide five-tool player.  That is rarified air.  He received 76.6% of the vote.

The former player who came closest is Curt Schilling who garnered 70% of the vote, who bluntly should have been in years ago based on his statistical accomplishments.  With a bWAR of 79.5, 3,116 Strikeouts and three World Series Rings, Schilling was a clutch performer who was at his best when the lights were at his brightest.  In Schilling’s fourth year of eligibility, he received 52.3% of the ballot, but comments against the media and other right-wing charged diatribes rubbed voters the wrong way, and he dropped o 45.0% in 2017.  Last year, he climbed to 60.9%.

Forgive us, as we are going to lump Roger Clemens and Barry Bonds together.  How can we not?  Clemens was the best Pitcher and Bonds was the best hitter without debate, but both are associated with PEDs (though neither was ever caught during their playing days), and both have finished their eighth year on the ballot.  They both had minimal gains this year, Clemens from 59.5% to 61.0% and Bonds from 59.1% to 60.7% but there is still a long way to go.

Can they get there?

We think so, as three things work in their favor. The first is that Bonds and Clemens were at a different level than everyone else and you can argue (easily) that they would have been Hall of Famers without it.  The second is that Mike Piazza got in (as well as Jeff Bagwell), and there were more than one PED whisper about those two.  The third, and the most damming in our eyes is that Bud Selig is in, and the PED era happened under his watch, and he did not react until pressure forced him to.  Selig was not an ostrich, his head was not in the sand, and he knew what players were doing. He had too, and there have been voters who have said as much.

Former Shortstop, Omar Vizquel, is trending in the right direction.  This is his third year, and he moved from 42.8% to 52.6%.  Vizquel is considered to be one of the best defensive Shortstops of all-time, and he has 11 Gold Gloves to prove it.  While he was not considered to be a great hitter, he had 2,877 Hits to silence those critics.  That is a great number even if he played until he was 45!

Another infielder, Scott Rolen, is also climbing upwards.  With a healthy bWAR of 70.2, the Third Baseman has eight Gold Gloves, seven All-Star appearances and a World Series Ring (St. Louis, 2006) on his resume.  He moved from 17.2% to 35.3%

Gary Sheffield also received a jump on his sixth year of eligibility.  The former slugger who blasted 509 Home Runs, went from 13.6% to 30.5% This is a good sign for Sheffield as he was one of the guys was treading water for a long time, and while the odds still remain long, they are much better than they were yesterday.

Manny Ramirez left baseball with 555 Home Runs and a Slash Line of .312/.411/.585.  That is a Hall of Fame number, but unlike Bonds and Clemens, Ramirez WAS suspended for PED use as an active player.  This is a huge distinction, as Ramirez did break an agreed upon rule agreed upon by the Players Union.  He moved from 22.8% to 28.2%.

Former MVP, Jeff Kent, finally climbs over 20% for the first time with 27.5%.  This is his seventh year on the ballot.

Andruw Jones remains on the ballot.  The former Braves’ Outfielder is on his third ballot and he went from 7.5% to 19.4%, a huge jump.

Sammy Sosa is entrenched in Hall of Fame purgatory. Sosa is like Clemens and Bonds, in that he was not caught as a player, but he is as associated with PEDs as much as they are.  Detractors are pointing to his fake media persona and lack of clutch hitting, and he is dead in the Hall of Fame water.  He had 8.5% last year, and hits 13.9% this year, his highest ever.

Bobby Abreu barely made the 5.0% threshold to remain on the ballot for a second year.  He received 5.5%.

Jeter and Walker join Ted Simmons and Marvin Miller, who were chosen by the Veteran’s Committee.  Boston sportswriter, Nick Carfado, will also enter via the J.G. Taylor Spink Award.   It is a posthumous induction as he passed away last year.  The ceremony will take place on July 26.

We will be redoing our Notinhalloffame.com Baseball List in late February, which will see us remove those who were chosen, and we will add those now eligible.  Rankings will also be altered based on your votes and comments.

We here at Notinhalloffame.com would like to congratulate Derek Jeter     for being chosen for the Baseball Hall of Fame.

More in this category: « The Houston Astros announce their franchise HOF Class of 2020 Eli Manning Retires »