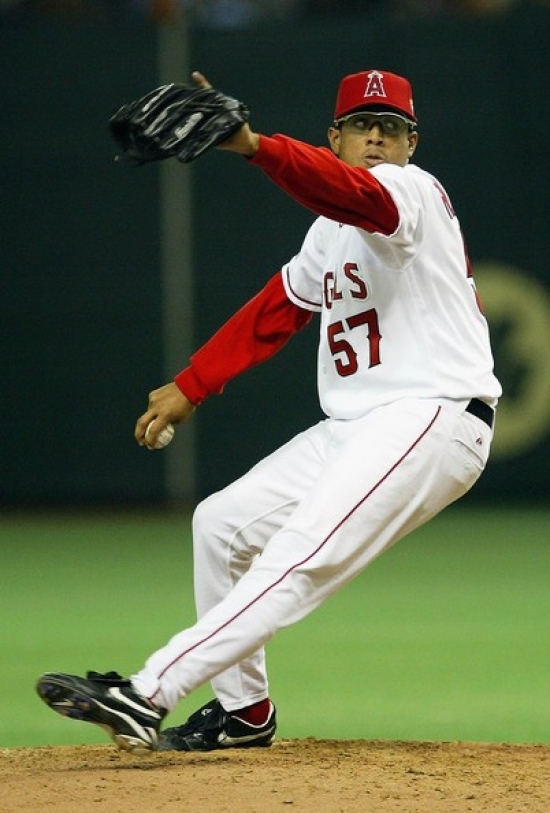 Francisco Rodriguez would become one of the game’s better closers and best known almost immediately when he debuted for the Anaheim Angels is 2002.  He played only five regular season games that year and as the team’s set-up man he played a vital role in their World Series win.

Nicknamed K-Rod, he would go to his first All-Star Game in 2004 where he would strikeout 123 batters in only 84 Innings.  He would become the Angels closer and he would lead the American League in Saves in 2005, 2006 & 2008, the latter seeing him set a record of 62.  Rodriguez would then sign with the New York Mets and was an All-Star again in 2009.  He would have years of struggles but rebounded with two more All-Star seasons with the Milwaukee Brewers.

Rodriguez retired with 437 Saves and was in the top five in Cy Young voting three times in his career.

Should Francisco Rodriguez be in the Hall of Fame?

Buy your Tickets to see Spring Training: Cincinnati Reds at Los Angeles Angels at Tempe Diablo Stadium in Tempe, AZ HERE for as little as $55!

Buy your Tickets to see Spring Training: Los Angeles Angels at Cincinnati Reds at Goodyear Ballpark in Goodyear, AZ HERE for as little as $42!