Major Update: Our Notinhalloffame Baseball List has been revised 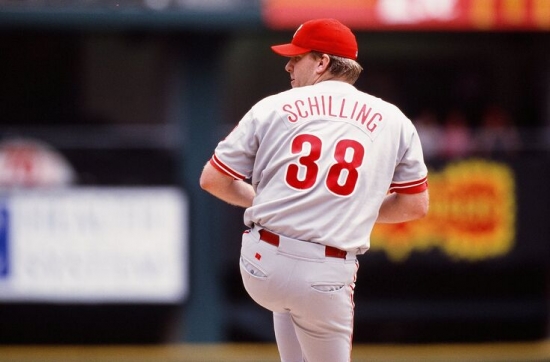 A few weeks ago, the Baseball Hall of Fame announced their 2020 Baseball Hall of Fame Class.  The result was that Derek Jeter (on his first ballot), and Larry Walker (on his tenth and final) were chosen to enter Cooperstown. The two will join former Catcher, Ted Simmons, who was elected by the Veteran’s Committee.  All three of those former players were ranked in the top ten, and have been removed from the list.

The new top ten is:

1A. Pete Rose.  Following the bombshell that was the Astros sign-stealing scandal, Rose again lobbied for reinstatement in the Majors.  His reasoning was that since no Astros player was punished, that logic should transfer to his own situation.  That likely won’t happen, but he did remain in the news as President Trump also said he should be in the Hall of Fame.  Since he is ineligible, he has the “1A” designation.

1B. “Shoeless” Joe Jackson. Like Rose, Jackson was banned from baseball, which is now 100 years old.  Jackson was banned for his (alleged) participation in the 1919 Black Sox scandal where players were paid by gamblers to throw games in the World Series to the Cincinnati Reds.  Jackson was a Hall of Fame worthy player, but as such his estate has to settle for his “1B” rank.

1C. Roger Clemens.  Unlike Rose and Jackson, Clemens is Hall of Fame eligible, but the PED stain has kept him out thus far.  He has two more years left and a big mountain to climb, but what looked impossible a few years ago, could be attainable.

2. Barry Bonds.  Ditto for Bonds, and the only reason he is behind the “Rocket”, is because he has a slightly lower vote total than anyone than Clemens.  The all-time Home Run king is in the same boat as Clemens, as they both are in the low 60s in voting with two years left of eligibility.

3. Lou Whitaker.  Playing his entire career with the Detroit Tigers, Lou Whitaker was only on the Hall of Fame ballot for one year, but has appeared on the Veteran’s Committee Ballot. There is still a good chance that he could enter via that route and join his double play partner, Alan Trammell, who also had to wait for a Veteran’s Committee admission to Cooperstown.

4. Bill Dahlen. “Bad” Bill Dahlen has been a Veteran’s Committee Nominee before, and could be again. The surly Shortstop was a defensive gem, a World Series Champion with the Giants in 1905, and is still in the top 50 in bWAR for Position Players.

5. Curt Schilling.  Had it not been for the mouth, political views and Twitter account of Curt Schilling, he would likely already have been inducted by now.  As it stands, he is close with a recent tally of 70% on his eight ballot.  Schilling has been on his best behavior in the last year, and with the weakest ballot in memory, he will enter Cooperstown in 2021 if he keeps his nose clean.

6. Manny Ramirez.  Unlike Barry Bonds and Roger Clemens, Manny Ramirez WAS caught using PEDs and did so when the Baseball Player’s Union had an agreement with Major League Baseball.  Ramirez has approached 30% in the last ballot, and statistically he belongs, but induction is unlikely as of this writing.

7. Todd Helton.  Helton could follow Larry Walker into the Baseball Hall of Fame, and his Hall of Fame support approached nearly 30% on his second year on the ballot. Helton is definitely on the right trajectory.

8. Gil Hodges.  This might surprise you, but one of the most debated players on our baseball list is Hodges.  This is the player who has the most accumulated votes that never got inducted, and his name is synonymous with Dodgers lore.

9. Tommy John.  Tommy John Surgery is actually represented in the Baseball Hall of Fame, but John himself is not.  He has 288 Wins and 2,245 Strikeouts and he will definitely appear in a future Veteran’s Committee ballot.

10. Scott Rolen.  Rolen jumped from 17.2% to 35.3% on his third year of eligibility, and while he was not a Colorado Rockie like Todd Helton, he is the one called the “New Larry Walker” based on belief that he will methodically work his way into Cooperstown.  We agree with that assessment.

As you can see, there are no new entries in the top ten.  There are actually, nobody new in the top fifty.  The only two new entries are Mark Buehrle at #74, and Tim Hudson at #101.

This brings a unique opportunity for those who are on the 2021 ballot as the returning nominees will not be looking to be “slotted” below anyone new.

We are in the preliminary process of expanding our list to 300.

Take a look, and if you haven’t done so already, cast your vote and offer your opinion!

More in this category: « Our All-Time Top 50 Indiana Pacers are now up The British Bulldog to the WWE Hall of Fame »