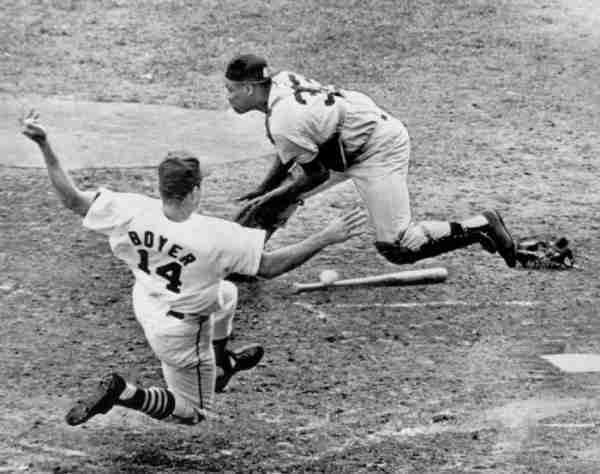 The position of third base holds the least amount Hall of Famers in Baseball.  There however have been many great ballplayers at the “Hot Corner” and some even won the MVP award.  Ken Boyer was one such man as he won that coveted trophy in 1964.

Boyer was not a one-season wonder.   Prior to his MVP year, Boyer had been building up to that season establishing him as one of the top third basemen in the league.  He was winning Gold Gloves and was hitting 20 or more home runs while keeping a batting average that rarely left the .300 range.  Despite a quiet demeanor, Boyer was a clubhouse leader who did his talking on the field and led by example.  Boyer led his Cardinals to the World Series where his clutch hitting helped them win the Fall Classic.

Ken Boyer was not the same player after his stellar ’64 campaign.  Every aspect of his game declined sharply and he only had two more seasons as a regular.  This rapid descent prevented him from padding career stats which may have gained him enshrinement.  His jersey was justifiably retired by the St. Louis Cardinals though this appears as for as the honoring of Ken Boyer will go.