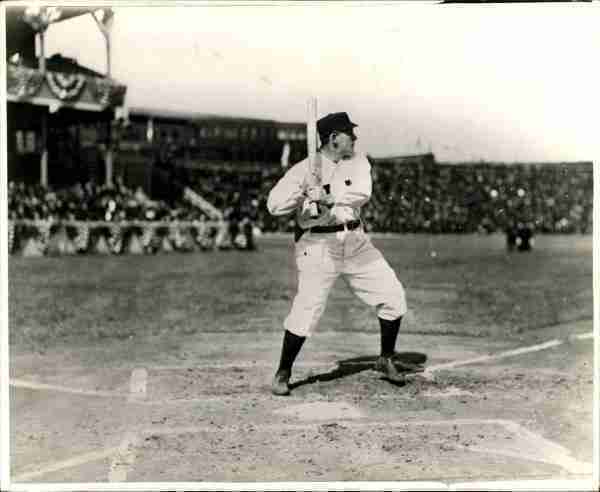 If you think that all of the Turn of the Century Baseball Players that should be in the Hall of Fame is already in, then we ask you to think again.  We offer you the case of “Bad” Bill Dahlen, whose Hall of Fame campaign is being championed by sabremetricians and traditionalists alike.

At the time of Bill Dahlen’s retirement, he was the all-time League Leader in Games Played and was in the top ten in many other key offensive categories.  Granted, this was still early in the game’s history, but Dahlen remains entrenched in the top 100 in several categories.  Dahlen was adept at getting on base even when his Batting Average slipped.  While he was powerful in the dead ball era of early baseball, his greatest gift was his glove where he was one of the game’s first Defensive superstars.  Had he played today, he may have become well known for his surly demeanor, as he was an anti-social individual who was prone to outbursts.

On the last pre-1943 Veteran’s Committee Ballot, “Bad” Bill Dahlen did not fare well in the voting.  Dahlen may be considered a huge omission by many, but the Veteran’s Committee does not appear to be among those who think so.  It is unlikely that this will change the next time the vote on that era.

Should Bill Dahlen be in the Hall of Fame?

Should Bill Dahlen be in the Hall of Fame?

+1 #4 Sean DeMarco SeanAKADeViLzzz 2016-10-08 09:45
I think the fact that he was 0 for 15 or something on the biggest stage (World Series) does not help his cause.
Quote
+1 #3 Darryl Tahirali 2016-07-18 21:07
Dahlen will have to wait for the Pre-Integrat ion Committee to reconvene in three years, and then hope that he'll be back on the ballot. He's waited this long, but I hope the Committee gives him the majority next time.
Quote
+2 #2 Aaron Johnson 2016-01-09 05:42
I think many of the better older players are lost in history, unless they were lucky to have a good story that sticks or a lot of records. One player I noticed that was not on your top 100 who I would consider highly is Ed Reulbach.
Quote
+1 #1 Ernest A. Nagy 2015-03-02 23:45
Pete Palmer thinks he ought to be in the Hall, and so do i.
Quote
Refresh comments list
RSS feed for comments to this post