The Baseball Hall of Fame Class of 2019 is Announced! 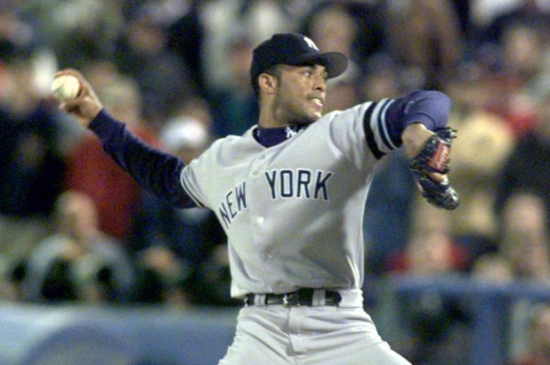 We love this day!

Let’s get right into the votes!

As expected, Mariano Rivera enters the Baseball Hall of Fame on his first year of eligibility.  Rivera is without question the greatest Relief Pitcher in the history of Baseball and he retired with 652 Saves, the all-time record.  A thirteen time All Star who spent his entire career with the New York Yankees, Rivera had a career ERA of 2.21 and WHIP of 1.000, which is outstanding but his post season numbers were even better with an ERA of 0.70 and WHIP of 0.759 over 96 Games including five World Series Rings and a World Series MVP.  Even more impressive is that Rivera made history as the first man to receive a unanimous vote, a great sign that the voters are no longer sending in blank votes in protests.

Roy Halladay also enters the Baseball Hall of Fame on his first year of eligibility with 85.4%.  Halladay is one of the few Pitchers to win a Cy Young in both leagues (2003 with Toronto and 2010 with Philadelphia) and he was the runner-up for the award twice. He retired with a record of 203 and 105 with 2,117 Strikeouts.  Sadly, this induction will be posthumous as he died when he crashed his plane in the Gulf of Mexico in 2017.

Edgar Martinez gets in on his 10thand final try after receiving 85.4% up from 70.4%.  The career Seattle Mariner is considered to be the first Designated Hitter voted in (unless you count Frank Thomas and remember Harold Baines was not voted in by the writers). Martinez retired with a .312 Batting Average with 309 Home Runs.

Mike Mussina.  Mike Mussina makes in on his 6thtry finishing with 76.7% up from 63.5% from last year.  Mussina had a record of 270 and 153 with five All Star Game appearances.  We have been open in our belief that Mussina’s induction is long overdue.

Curt Schilling is also on his seventh year of eligibility.  Unlike Bonds and Clemens, his obstacle to the Hall has been his himself as he has been openly critical of writers and media alike.  On the field, Schilling does have a Hall of Fame resume, which showcases 216 Wins and three World Series Rings where he put on incredible performances which included the infamous bloody sock (Boston 2004) and being named the Co-MVP of the 2001 Fall Classic as an Arizona Diamondback. Schilling has been relatively quiet leading up to this vote, which may have helped his rise in the vote from 51.2% to 60.9%, a significant increase indeed.

Roger Clemens and Barry Bonds, who were both on their 7thyear of eligibility are easily the most successful Pitcher and Position Player on this ballot and both have not yet gotten in due to their alleged link to PEDs.  With the addition of former commissioner Bud Selig who presided over the rise of Performance Enhancing Drugs to the Hall of Fame many voters openly altered their stance on the PED users from that era and the two baseball juggernauts whose chances once seemed hopeless have seen their vote tally rise again.   Seven time Cy Young Award winner Clemens goes up from 57.3% to 59.%%.  Seven time MVP Bonds climbs from 56.4% to 59.1%

Former National League MVP, Larry Walker saw his totals ride from 34.1% to 54.6%.  Walker, who still might be receiving a Coors Field bias is on his ninth year of eligibility and with only one year left it looks like it will be hard for him to get in, but the sizable jump does show hope.

Defensive superstar Omar Vizquel remains in a good position on the second year of his eligibility.  The 11 time Gold Glove recipient also collected 2,877 Hits over his career.  The Venezuelan’s vote total increased from 37% to 42.8%.

This is Fred McGriff’s final year on the ballot and he finishes with a vote of 39.8%, which is significantly higher than last year’s 23.2%.  With 493 Home Runs and 2,490 Hits he would not be out of place in the Hall but he was never a huge name and is not closely associated with any team.  Many have written that the induction of Harold Baines should pave the way for the “Crime Dog” in a future Veteran’s Committee ballot.

Manny Ramirezwent from 22.0% to 22.8% on his third year on the ballot.  Unlike Bonds, Clemens and Sosa, Ramirez was caught taking PEDs and was suspended for it.  Since he was caught after Major League Baseball and the Player’s Union came up with their stance on steroids, “ManRam” is in a distinct category all his own.

Jeff Kentstayed in limbo in his 6thyear of eligibility.  The former National League MVP went from 14.5%. to 18.1%.

Scott Rolen went up on his 2ndYear from 10.2% to 17.2% and like others, the fact that four people are removed from this group will be a big help to his cause.

Todd Helton debuts with 16.5% which may seem low but in this group is not that bad and does show that there is a chance for his total to rise.  To put this into perceptive, Mike Mussina’s first year on the ballot would see him only receive 20.3%.

Gary Sheffield remains in the same grouping that Kent is.  Sheffield, who had over 500 Home Runs also has a PED taint around him is on his fifth year of eligibility and his tally went from 11.1% to 13.6%.  It does not look good for Sheffield.

Andruw Jones had 7.3% on his first year and received 7.5% on his second, which is not the gain he would have hoped for.

Andy Pettitte just barely made it through with 9.9%.  The crowded ballot probably hurt Pettitte more than anyone else as he is an admitted PED user who while he had very good career numbers was only a three time All Star.

If Kent and Sheffield are in Hall of Fame limbo than Sammy Sosa is in purgatory.  Like Clemens and Bonds, Sosa is in his 7thyear of eligibility but unlike the other two Sosa has not seen his number drop as with the exception of his first year on the ballot where he accrued 12.5%, he has not gained double digits since.  The longtime Chicago Cub has seen his once stellar reputation crumble ever since he feigned the inability to speak English in front of Congress.  Sosa received only 8.5%.

This group will join Harold Baines and Lee Smith who were chosen by the Veteran’s Committee.

We here at Notinhalloffame.com would like to congratulate the newest members of the Baseball Hall of Fame and we will begin work on revising our Baseball list.  Look for that in late February.

More in this category: « Corey Hart to the Canadian Music HOF A-Rod comments on Bonds and Clemens and the Baseball HOF »

The career Seattle Mariner is considered to be the first Designated Hitter voted in (unless you count Frank Thomas and remember Harold Baines was not voted in by the writers).

Don't forget that Paul Molitor split his playing time in a similar manner as did Thomas. Molitor was elected ten years before Thomas was.

However, Baines is, at least on a chronologica l technicality , the first hitter whose career was predominantl y as a DH to be elected to the Hall. In time, no one will remember that for about a month and a half, Baines was already "in" while Martinez was "out" because both will be formally inducted at the same time.

Still, it took Baines only seven tries to get elected, five on the BBWAA ballot and two on a veterans committee ballot, while it took Martinez--fo r whom the annual award for the top DH is named--ten tries. And although Martinez, should he have fallen short on this year's BBWAA ballot, would very likely have been elected on his first veterans committee ballot, that would have been eleven tries.
Quote
Refresh comments list
RSS feed for comments to this post