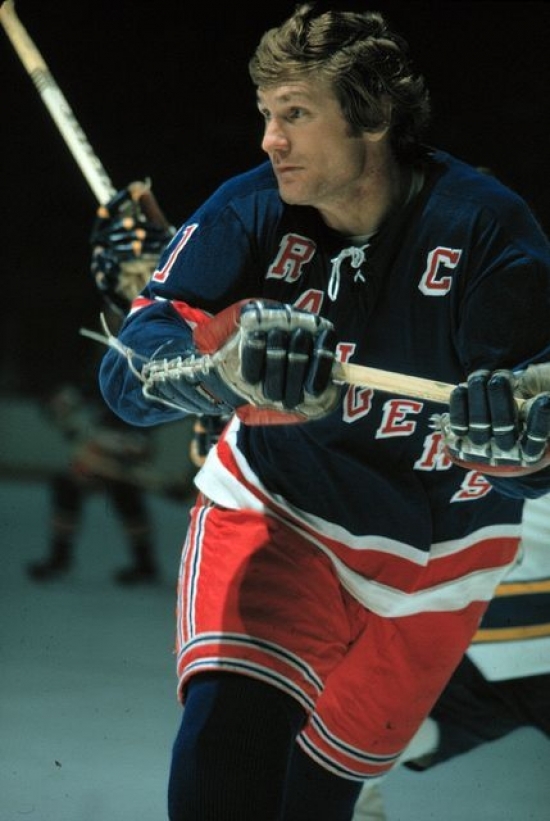 As such, it is important to us that the New York Rangers retired the number 11 yesterday of Vic Hadfield in a pre-game ceremony.

Hadfield was a member of the Rangers’ famed “Goal A Game” Line that also consisted of Jean Ratelle and Rod Gilbert, both of who already had their number retired so this is a reunion of sorts.

This marks the tenth time that New York has retired a number.  Hadfield joins Mark Messier, who also had the #11 retired.  This has happened before as the #9 was retired for both Adam Graves and Andy Bathgate. The other retried numbers are Ed Giacomin #1, Brian Leetch #2, Harry Howell #3, Rod Gilbert #7, Jean Ratelle #19 and Mike Richter #35.

We here at Notinhalloffame.com would like to congratulate Vic Hadfield for earning this prestigious honor.