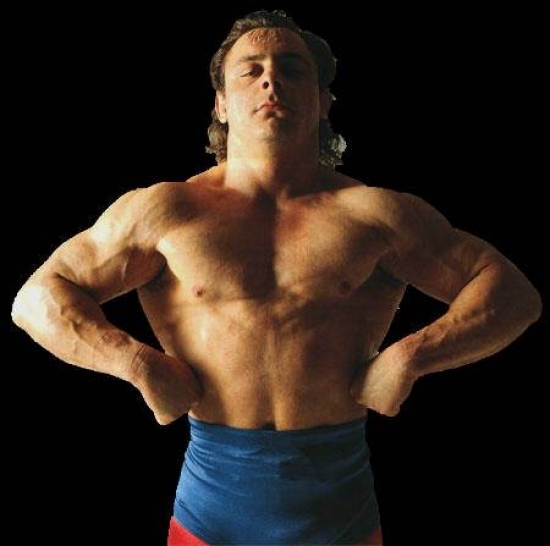 It is a very sad day in the world of professional wrestling as it was announced that Thomas Billington, who performed as The Dynamite Kid passed away at the age of 60.

Beginning his career in 1975, the Dynamite Kid first gained serious attention in the late 1970’s working for Stu Hart’s Stampede Wrestling promotion in Calgary where he would rise to the top of the card despite having a small stature.  As good as he was in Calgary, Dynamite made heads turn in Japan where along with Tiger Mask they put forth some of the best high-flying matches that the world had ever seen.  He combined moves off the top rope with a throwback tough as nails attitude where he would quickly be referred to by many of his peers as the best pound for pound wrestler in the business.

Along with Davey Boy Smith, he would form the British Bulldogs tag team in the WWF and within two years the duo would become WWF World Tag Team Champions.  During this reign Dynamite would suffer a severe back injury, which would force the Bulldogs to drop the titles to the Hart Foundation.  Despite this injury, when he came back to wrestle, the Dynamite Kid kept the same style and would eventually do more damage to his spine.

The Bulldogs would leave the WWF in 1988 and they would compete in Stampede and later All-Japan until the tag team was broken up when Davey Boy Smith returned to the WWF in 1990.  He would continue to wrestle for a couple more years and he made his last in ring appearance in 1996 for Michinoku Pro but he was literally half the size that people remembered lacking any musculature.  Due to the injuries he sustained over his career he was reduced to a wheelchair for the final 20 years of his life.

The Dynamite Kid goes down in history as one of the greatest workers of all-time and one of the most influential.

We here at Notinhalloffame.com would like to extend our condolences to the friends, fans and family of the Dynamite Kid.

Kirk Buchner, "The Committee Chairman", is the owner and operator of the site.  Kirk can be contacted at [email protected] . Email This email address is being protected from spambots. You need JavaScript enabled to view it.
More in this category: « The New York Rangers retire Vic Hadfield's Number The International Boxing Hall of Fame announces their 2019 Class »