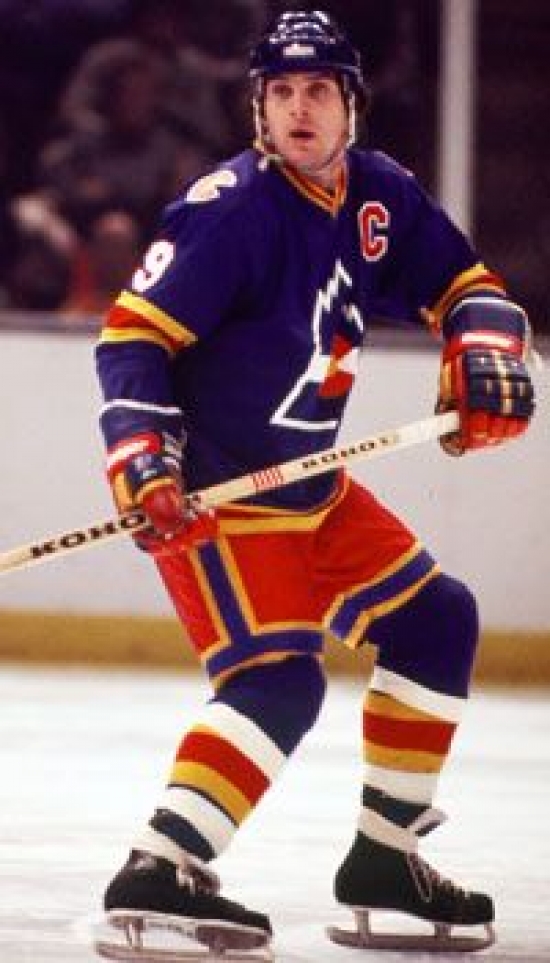 We finally have an entry where we get to look at a player before the franchise relocated to New Jersey.  Actually, we have a player before they got to Colorado.  Let’s do one better.  The player in question, Wil Paiement, was the first man drafted by the team.

Taken Second Overall in 1974, Paiement did well in his first two seasons, representing Kansas City in the 1976 All-Star Game.  The Scouts moved to Denver that off-season to become the Colorado Rockies, and he had a pair of 80 Point campaigns, going to his second and third All-Star Game, respectively.

Paiement was traded to Toronto during the 1979-80 Season, scoring 336 Points for the Scouts/Rockies in total.