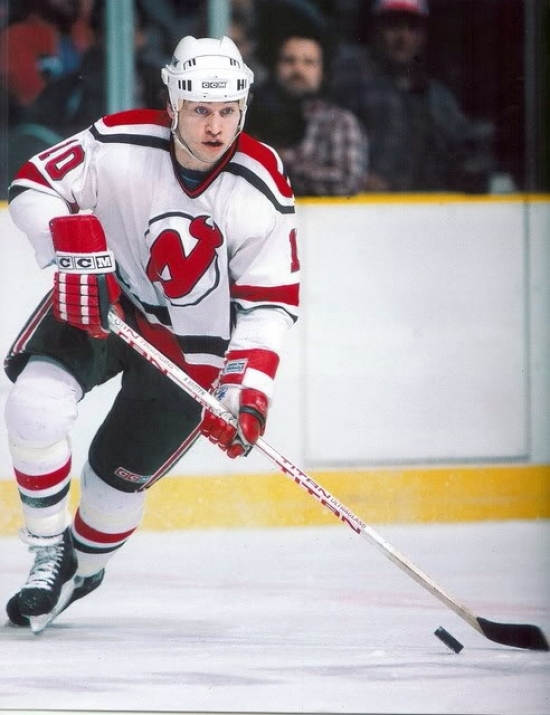 The brother of Neal and Paul Broten, Aaron Broten was a First Round Pick in 1980 by the Colorado Rockies.

Broten may not have been successful as Neal, but Aaron put his share of pucks in the net. The forward became a fixture in the NHL in 1981-82, in what was the last year, they were the Colorado Rockies, and he had his first 50 Point year when they relocated.  He hit that mark again in 1984-85 but increased that to 79 in 1986-87, and a career-high of 83 the year after.  This was the first year that Broten tasted the playoffs, and he helped take a surprise New Jersey team to the Conference Finals when he scored 16 Points in 20 Games.

Broten played two more years for New Jersey before he was traded to the North Stars. With the Rockies/Devils, Broten scored 469 Points.